We continue the series by honoring Phil Dalhausser of the U.S. Beach National Team. One of the greatest volleyball players to take the sand, Phil is a living legend. Olympic gold? Won in 2008. World Champion? In 2007, he and Todd Rogers were the first American men’s pair to win a world title. Known for his dominance at the net, Phil will go down as one of the best blockers in beach volleyball history.

“It’s been great. I’m enjoying coaching. I explain to people that volleyball drove me nuts. Everything I did – like, if I ate a Snickers, I couldn’t completely enjoy the Snickers, you know? I could be eating healthier or I could be going to bed earlier. While I’m watching tv, I could be stretching and rolling. It was an ongoing thing that drove me a little crazy sometimes… [Now] I live a healthy lifestyle, but I feel like I can enjoy it. I can go to bed a little later and not worry about it.”

Q: Where are you coaching?

“We have a little club in Orlando. It’s small. We’ve got mostly younger kids, and I’m having a lot of fun with them actually … I just joke around with them. It’s lighthearted, I’m just trying to get them to like beach volleyball and grow a beach volleyball community in Orlando. Phil Dalhausser Beach Volleyball Academy – I gotta try to cash in on this name a little, you know?”

Q: Did you accomplish your career goals?

“Yeah, I think I ticked off every box. It would have been nice to get at least another Olympic medal, but I guess that wasn’t in the cards, which is fine.”

“I was really grateful for what the sport has given to me, so I want to give back now by building a little community in Orlando and grow the sport a little bit.”

Q: What has volleyball given you?

“I was able to support my family, and I’m in a pretty healthy financial spot. It’s given me wins, which is a lot of fun. It gave me my wife, too. We met through volleyball friends [Nick Lucena, Phil’s partner since 2015, and Brooke Niles, Nick’s wife].”

Q: Do any of your Olympic experiences stand out?

“Obviously Beijing was great because we won. London was cool. The competition sucked – I had just gotten a blood clot two months before and I was in the hospital for a week. I couldn’t really play … I could, but not a crazy amount because I was on blood thinners. Everything just went wrong for London, but I got to be a fan of the Olympics. I went to see as many events as I possibly could and had a lot of fun.” 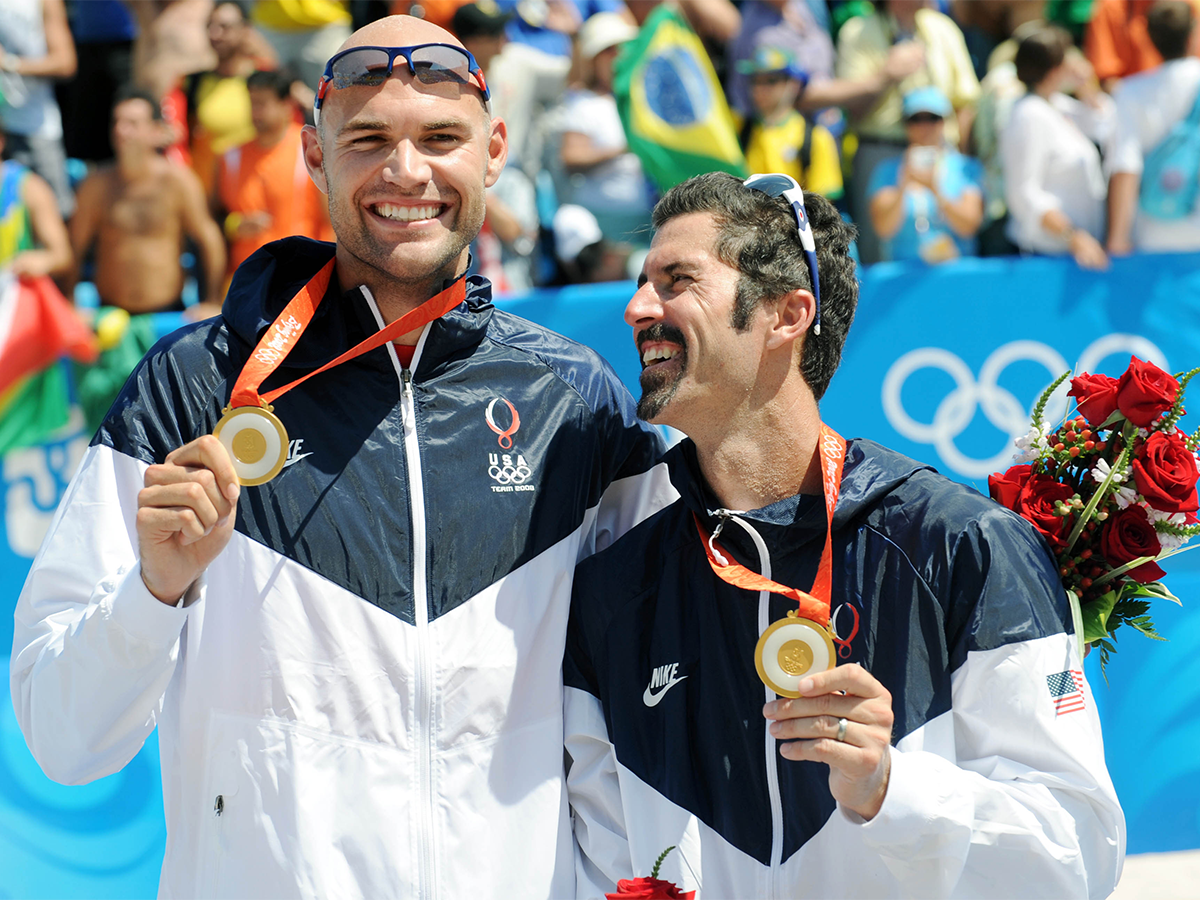 “Rio was disappointing. Nick and I were playing really well going into it, we just lost a tough matchup, unfortunately. Tokyo honestly sucked. Playing in a huge stadium with no one in there, it wasn’t very fun.”

Q: What did you do/see in London?

“[I saw] Usain Bolt run, went to Wimbledon and watched some tennis, which was awesome. Went to the women’s gold medal match, beach and indoor, which was cool. I just did as much as possible. And I got to check out London, too, which is a really cool city. You can get around so easily with the subway, or the Tube, as they call it.”

Q: Do you have a strong off-court memory from your time with the National Team?

“It was fun hanging out with all the guys over the years. We have a ton of time to kill on the road, so we’d sit at lunch or dinner or whatever and hang out. That was always fun. Checking out different countries was pretty cool, too. Whenever we got a chance to, it was fun. Especially tournaments like Stavanger, it’s a shame it’s not on the schedule anymore. Klagenfurt was so good. It was a cool place.”

Q: Would you have traveled without playing beach volleyball?

“I’m a bit of a homebody, so I probably wouldn’t have gotten to check out all those cool places.”

Q: Did you have a favorite place to play?

“Switzerland because I was born there. I’m a little biased. But Klagenfurt was awesome, beautiful, on a beautiful lake. And the food was incredible.”

“They gave us resources as far as a strength coach, physios, massage therapists. I always call the gym at Torrance a one-stop shop: go in, get a lift, do some treatment or maybe do some video there. You can do everything in that one place. They obviously helped financially, and sending a therapist on the world tour? Not many countries have that; [others] have to rely on the tournament’s.”

Q: Besides coaching, are there any other ways of staying involved in the sport?

“I’ll play a little AVP next year for sure. Other than that? I don’t know. Nothing yet. If an opportunity comes my way to grow the sport, I’m down.”

Q: Do you have any non-volleyball plans?

“I do a little real-estate investing, so I can focus on that a little more.” 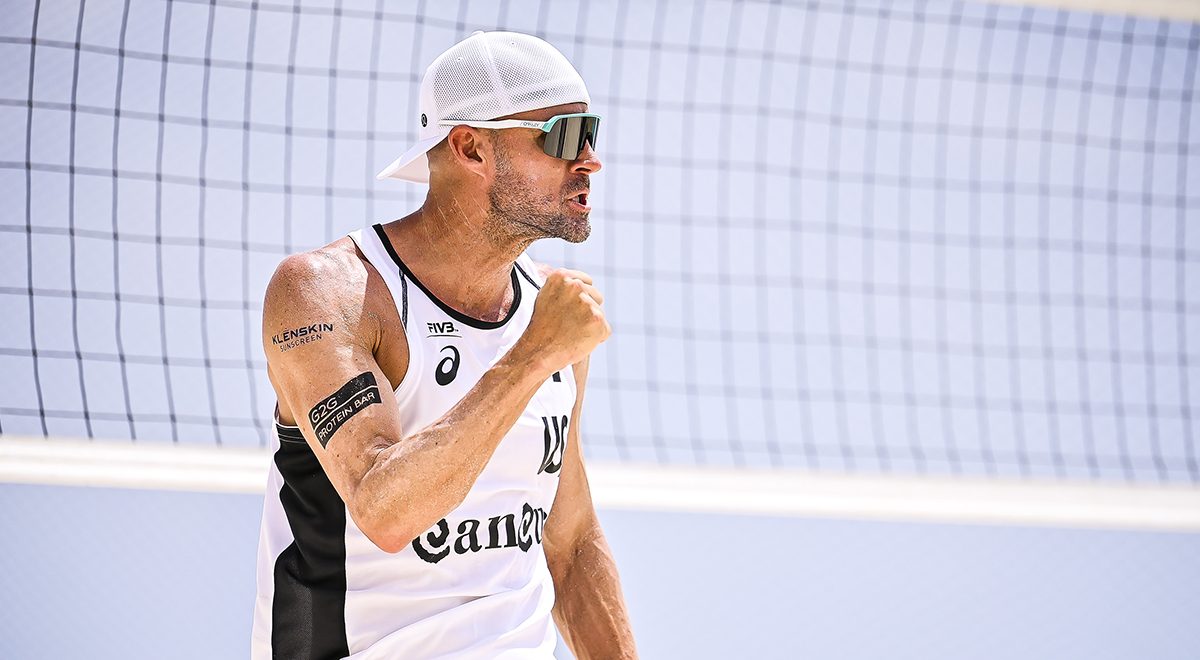 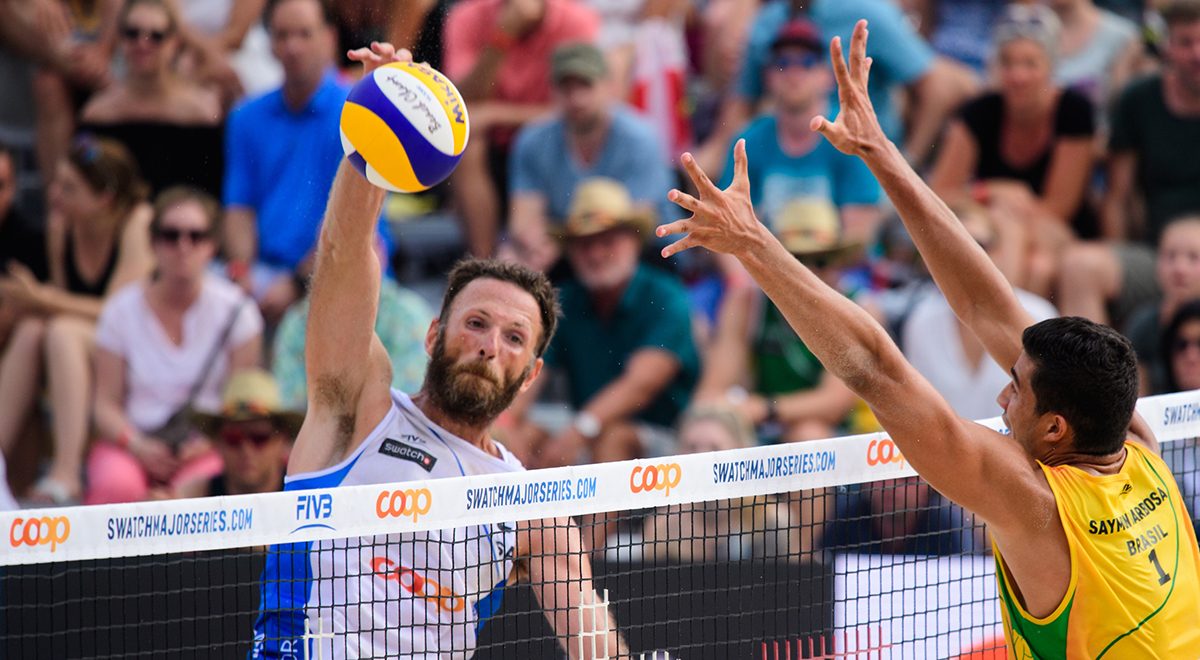