U.S. Men on Mission for Pan Am Cup Victory

Note: Matches will be live streamed at https://youtu.be/eOUzL8ARYNg

ANAHEIM, Calif. (Aug. 8, 2022) – Fourteen players have been selected for the U.S. Men’s National Team to compete at the Pan American Cup on August 9-14 in Gatineau, Quebec, Canada.

The Pan American Cup will impact the U.S. Men’s FIVB ranking. Rankings will play a big role in which teams qualify for the 2024 Olympic Games in Paris. The U.S. Men are ranked fifth in the world after placing second in the 2022 Volleyball Nations League.

Seven players on the team return from the team that took the bronze medal at the Pan American Cup Final Six in July in Mexico: setter Quinn Isaacson, outside hitters Kyle McCauley and Brett Wildman, middle blockers Merrick McHenry and Nyherowo Omene, opposite Francesco Sani and libero Mason Briggs.

They will be joined by setter and Team Captain James Shaw, outside hitters Kaleb Jenness and Jacob Pasteur, middle blockers Toby Ezeonu and Patrick Gasman, opposite Jake Hanes and libero Gage Worsley.

“I think we’re more athletic and more physical,” U.S. Head Coach Andy Read said. “I think it’s going to be a great experience and a great opportunity for us. This tournament has ramification for Olympic qualification and seeding. It’s our job to do the best we can to help the senior national team.

“I think we have the ability to be a very good serving team and a good blocking team.”

The U.S. Men will share Pool A with Chile, Cuba and Dominican Republic. Pool B will include Brazil, Canada, Mexico and Puerto Rico.

U.S. Men’s Schedule for the Pan American Cup
All Times Eastern Daylight
Note: Matches will be live streamed at https://youtu.be/eOUzL8ARYNg 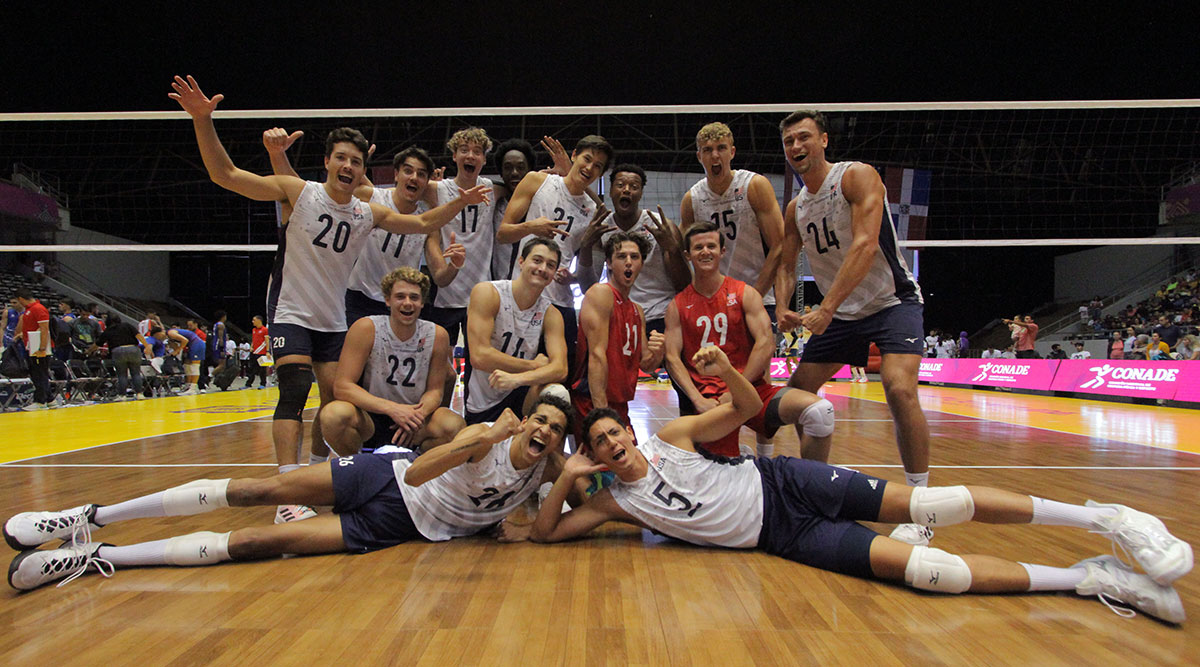 The U.S. Men’s Team competing at the Pan American Cup Final Six finished the tournament with its best effort on Sunday, beating Puerto Rico for the bronze medal, 3-0 (27-25, 25-22, 25-23) on Sunday in Tepic, Nayarit, Mexico