U.S. Women Roll to 5-0 after Sweeping Netherlands at VNL

The U.S. Women close out their second group of the Preliminary Round against Thailand on Wednesday at 3 a.m. PT. All matches are being shown live on VolleyballWorld.tv.

The U.S. Women’s serving was on point as they led in aces 7-0 and frequently put Netherlands out of system with tough serves. Setter Micha Hancock, middle blocker Tori Dixon and outside hitter Kelsey Robinson, making her 2021 VNL debut, each had two aces for the U.S. Outside hitter Jordan Larson added one.

“I think both of us came out a little slow; a lot of missed serves, a lot of errors,” said U.S. middle Foluke Akinradewo Gunderson. “I think once we were able to pick up the service pressure that really helped out our blocking defense and that helped us to earn more points.”

Robinson led all scorers with 13 points on 10 kills and one block to go with her two aces. Opposite Annie Drews scored 11 points on nine kills and a team-high two blocks. Larson finished with 10 points on eight kills and her two aces.

U.S. Head Coach Karch Kiraly started Larson and Robinson at outside hitter, Akinradewo and Dixon at middle blocker, Drews at opposite, Hancock at setter and Wong-Orantes at libero. He did not use any substitutes.

The teams kept the first set close and the score was tied 20-20 when Hancock jump served an ace that was clocked at 100 km an hour. Robinson followed with a kill that put the U.S. Women ahead 22-20. Netherlands scored again to pull to within one, but Larson scored with a kill and the U.S. went on to win.

The U.S. Women led the second set 9-8 when they went on a 5-0 scoring run. Robinson scored with a kill and took the serve. Drews scored with another kill before Robinson served an ace. A Netherlands scoring error and a back-row attack from Robinson put the set out of Netherlands’ reach.

The U.S. Women led 6-5 in the third set when it scored three straight points on a kill from Akinradewo and two from Hancock to increase the lead to 9-5. Netherlands never recovered. 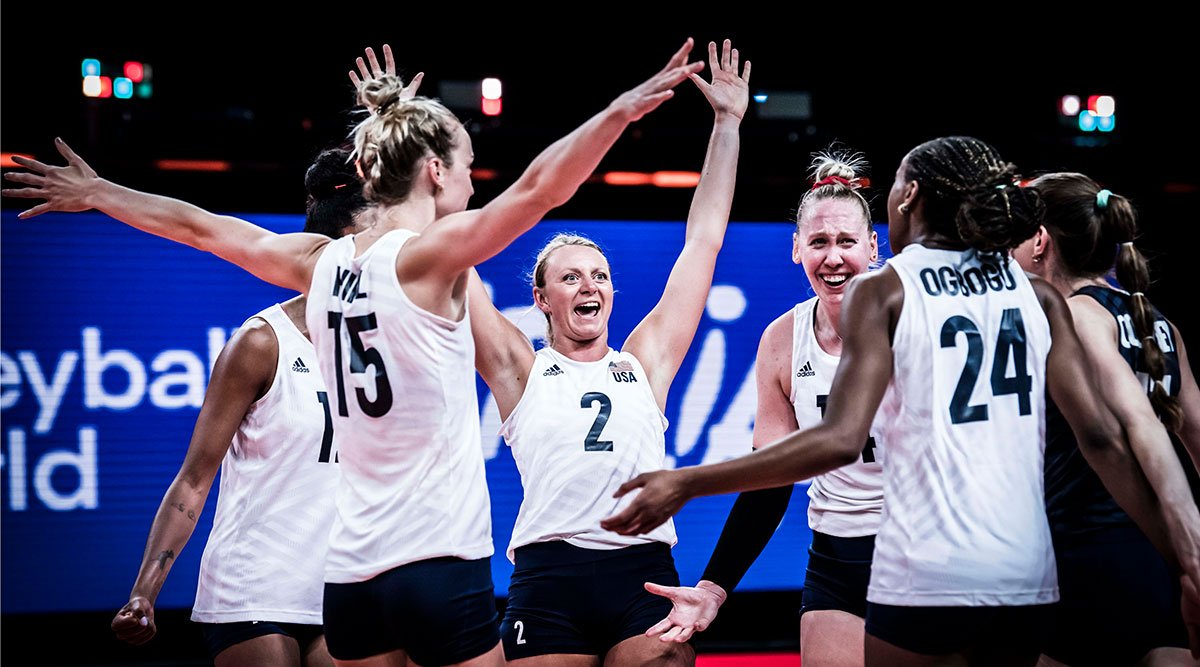 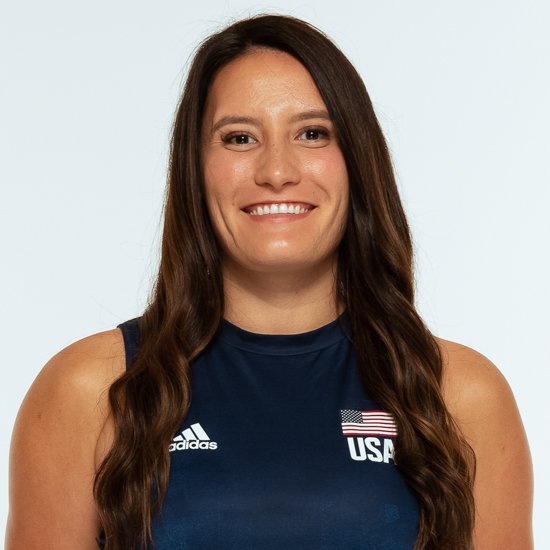