The team includes 38 of the country’s top collegiate women’s volleyball players and a coaching staff of seven, including three Olympic medal winners and two others with Olympic coaching experience.

Rob Browning, head coach of the St. Mary’s women’s volleyball team, will serve as the Collegiate Team’s head coach. Browning has assisted the U.S. Men’s National Team at three Olympic Games and has served as a consultant coach for the U.S. Women’s National Team over the last four years.

“I am honored to be given the opportunity to work with the USA Women’s Collegiate National Team,” Browning said. “To be in the gym with these remarkable athletes and to teach alongside these amazing coaches is a true privilege. Any time I get to wear USA and contribute to the success of the greatest national volleyball federation in the world, I feel blessed. I can’t wait to get going!”

Assistant coaches for the team will be Tayyiba Haneef-Park, Danielle Scott, Courtney Thompson and Carlos Moreno. Haneef-Park, Scott and Thompson won Olympic medals as part of the Women’s National Team and have moved on to coaching careers.

Haneef-Park recently joined the University of Oregon as an assistant volleyball coach. Thompson was an assistant coach at Stanford University during the Fall 2021 season, and now works as a Mindset Coach at Finding Mastery. Scott has coached teams in the USA Volleyball National Team Development Program. Moreno is the associate head coach at Arizona State University and played professionally overseas for 11 years.

Jeff Liu, now an assistant coach at Grand Canyon University, will serve as an assistant coach and one of the team’s performance analysts. Liu was on the staff of the U.S. Women’s National Team at the 2020 Olympic Games in Tokyo where it won the gold medal. Annemarie Hickey, who works with the University of Wisconsin women’s volleyball team, will serve as the other performance analyst for the Collegiate Team.

Along with the WNT Open Program and the WNT Spring Training Camp, the WCNT is an opportunity for the U.S. Women’s National Team (WNT) coaching staff to observe and evaluate NCAA athletes with the highest potential. Several former WCNT members are now on the WNT, including 2020 Olympic gold medalists Michelle Bartsch-Hackley, Annie Drews, Chiaka Ogbogu, Kelsey Robinson and Jordan Thompson.

The 2022 Collegiate National Team will train June 19-25 at the National Team Training Center in Anaheim, Calif. Athletes will train among the best collegiate players in the country, watch the WNT training sessions, study the USA systems, meet with Tokyo 2020 Olympians and be observed by the WNT staff. 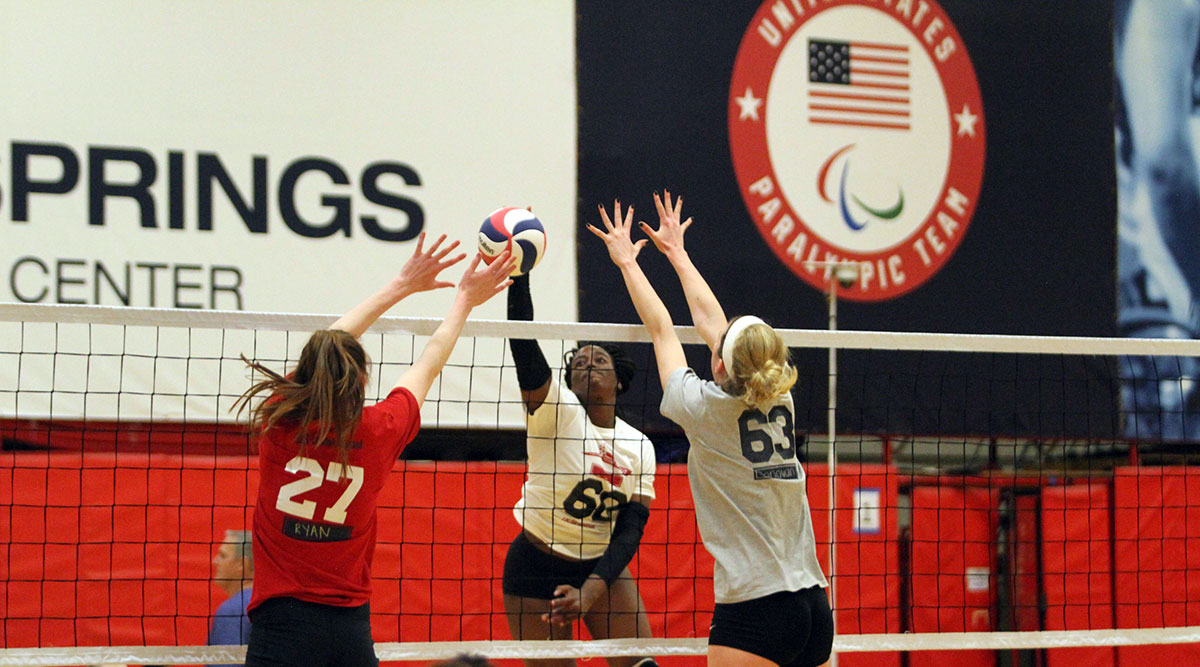 More than 200 women’s volleyball players are expected to converge on the U.S. Olympic & Paralympic Training Center in Colorado Springs on Feb. 25-27 for the USAV Women’s National Team Open Program. 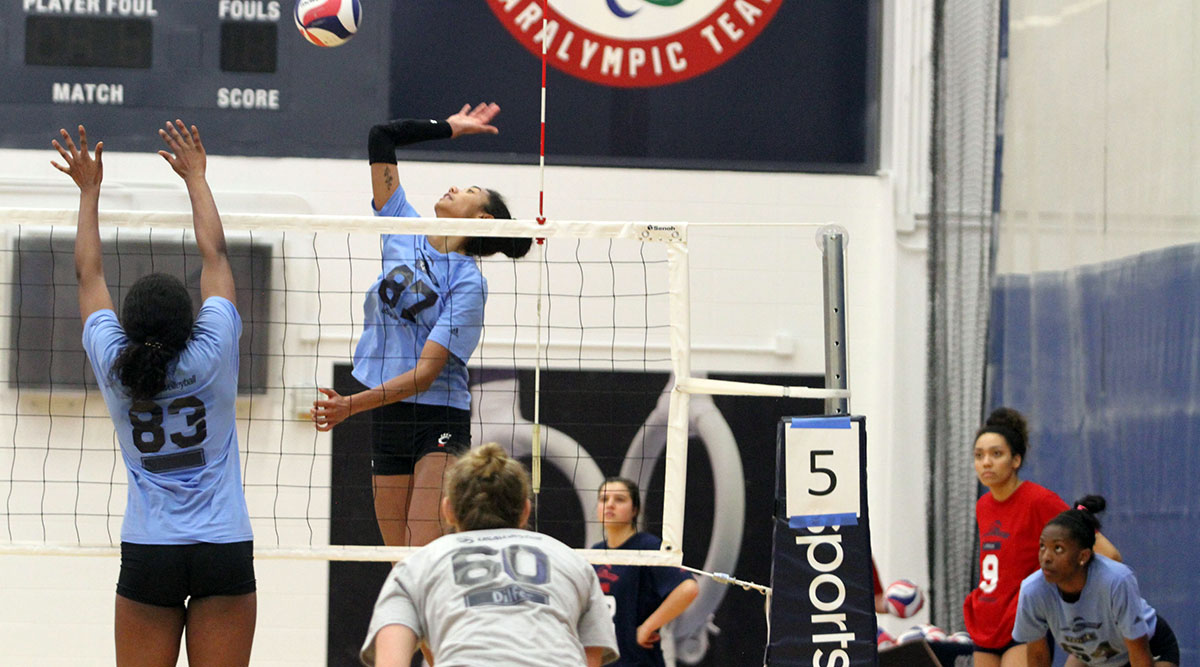 A coaching staff of almost 50 will work at the 2022 Women’s National Team Open Program on Feb. 25-27 at the U.S. Olympic & Paralympic Training Center in Colorado Springs. 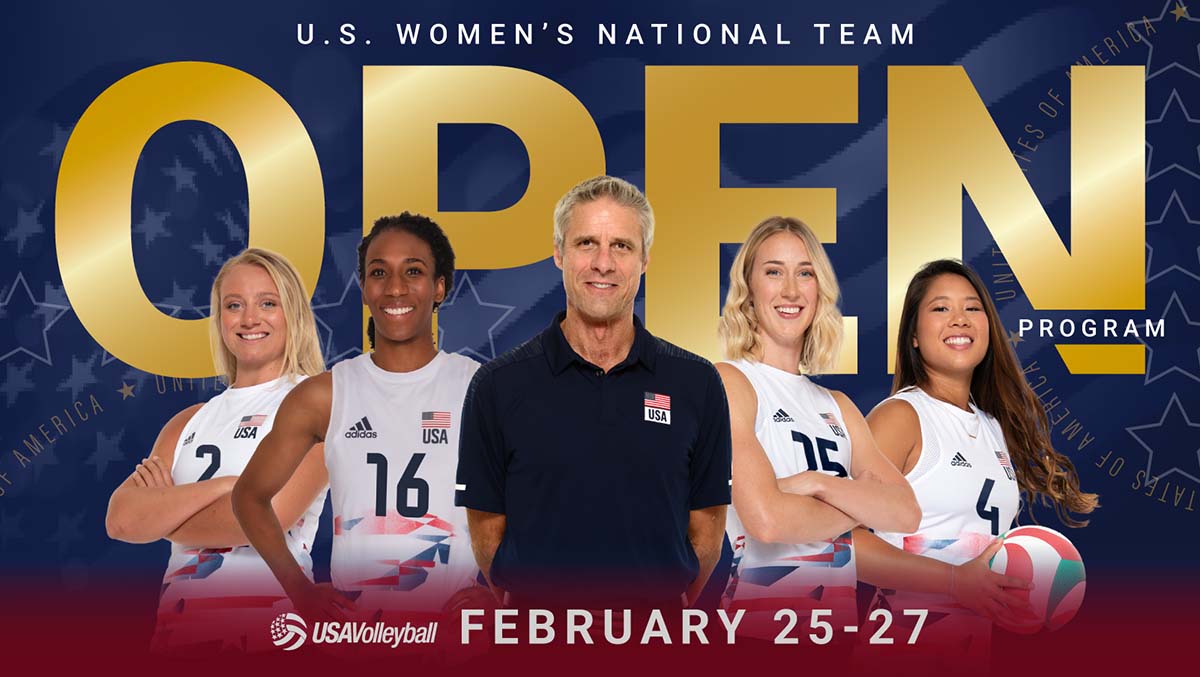 Registration is now open for the 2022 USA Volleyball Women’s National Team Open Program, which is scheduled for Feb. 25-27 at the U.S. Olympic & Paralympic Training Center in Colorado Springs.