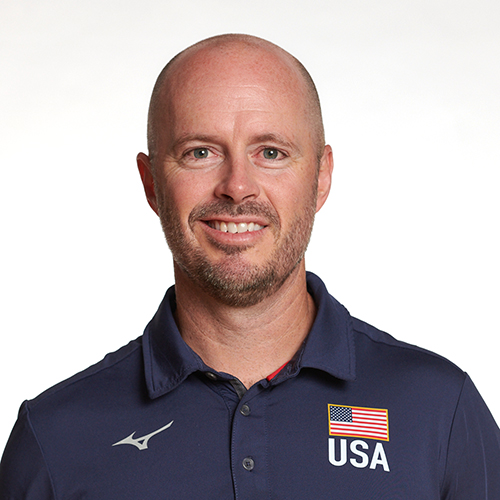 Aaron Brock is USA Volleyball’s director of sports medicine and performance for the U.S. national teams, and he has served as the athletic trainer for the U.S. Men’s National Team since 2006.

Before joining the U.S. Men in 2006, Brock worked with the U.S. Water Polo Team at the 2003 Pan American Games and the 2004 Olympic Games. He also has experience with high school, NCAA Division I and Division III sports teams as well as professional football and basketball teams.

He was a four-sport high school athlete in Storm Lake, Iowa, and earned his bachelor’s and master’s degrees at the University of Iowa.

Brock lives in Tustin, Calif., with his wife Kelly and their three children, Noah, Cameron and Bayla.