Get Out & Play Volleyball

The Sport for a Lifetime

Volleyball offers people of all ages and abilities a lifetime of opportunity to play, compete and excel. The sport of volleyball is one of the most popular and exciting Olympic and Paralympic sports to play and watch, requiring a unique combination of skill, athleticism and teamwork.

Invented in 1895, volleyball is now one of the most popular sports in the world and the No. 1 team sport for girls in high school and college in the United States, with continued growth in participation for boys and on the beach. The sport can be played in a variety of formats on almost any surface. USA Volleyball is proud to be designated as the official National Governing Body for indoor, beach and sitting volleyball in the United States by the U.S. Olympic and Paralympic Committee, and as the National Federation for beach ParaVolley and snow volleyball.

Playing volleyball gives young athletes the opportunity to develop critical life and character skills including respect, leadership, teamwork and communication. Whether your goal is to learn the basic skills to play recreationally or pursue your Olympic or Paralympic dreams, the sport of volleyball has something for everyone to love. When you play volleyball, you become part of a community where everyone is welcome and lifelong friendships are built through play, competition and fun. 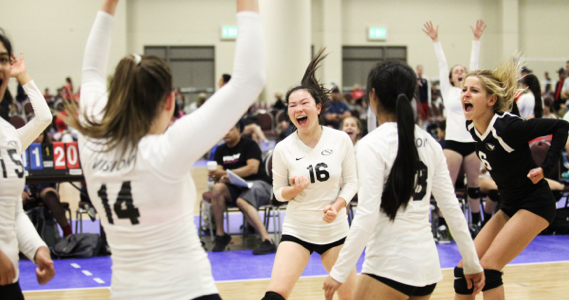 Indoor volleyball is the most popular discipline of volleyball. It’s played on a hard-surface indoor court with up to six players per side. The U.S. has won 10 Olympic medals since volleyball was introduced as a summer sport at the 1964 Olympic Games in Tokyo. USA Volleyball supports and trains the U.S. Indoor Men’s and Women’s National Teams at the National Team Training Center in Anaheim, Calif. Indoor volleyball is also offered as a collegiate sport at more than 1,800 colleges and universities in the United States.

Competitive indoor volleyball play is available in most parts of the United States at the middle and high school levels, as well as a nationwide network of USA Volleyball clubs. Clubs can field teams, offer lessons or training programs, and may choose to compete both regionally and nationally. Top junior and adult indoor volleyball teams compete to earn bids at national qualifying events to vie for a coveted national title at USA Volleyball National Championship events each year. 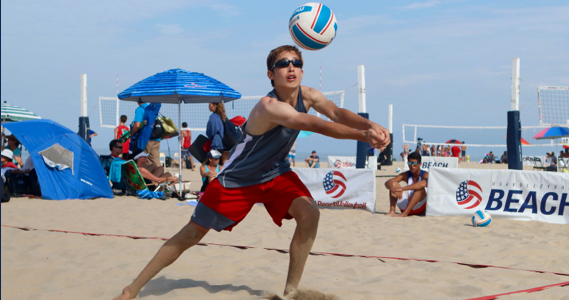 Beach volleyball is a discipline of volleyball typically played in the sand with teams of two players per side. Most of the skills and basic rules of the game are the same, with each pair covering the full court and working together to score points. Beach volleyball was introduced as an Olympic summer sport in 1996, and USA Volleyball teams have won 10 Olympic medals since the discipline’s debut. As one of the fastest-growing sports at the college level, there are more than 100 beach volleyball varsity programs at colleges and universities across the United States. USA Volleyball supports and trains the U.S. Beach National Teams at the Beach National Team Training Center in Torrance, California.

Beach volleyball is an emerging scholastic sport at the high school level, but competitive play is available in the U.S. through various clubs and recreational organizations. USA Volleyball offers the USA National Beach Tour, a system of regional and national qualifying events that give young athletes the opportunity to compete for a national title at the USA National Beach Tour Junior Championship each year. 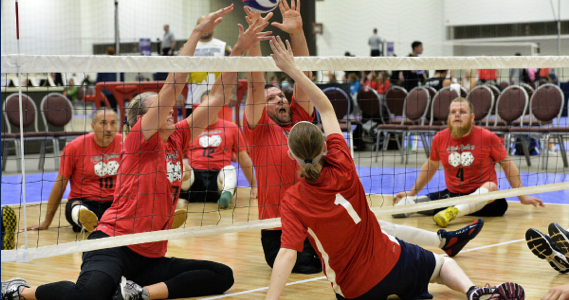 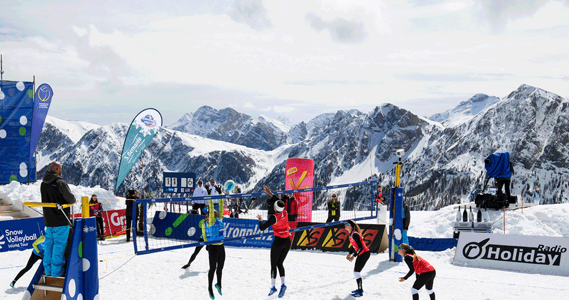 Snow volleyball is a three-player variant of beach volleyball played in winter conditions. Teams are allowed one reserve player and two substitutions per set, and each match is best of three 15-point sets.

Since developing in Austria in 2008, the sport has since grown across Europe and in the Americas. Snow volleyball was showcased as a demonstration sport at the 2018 Olympic Winter Games in PyeongChang, South Korea, and the inaugural FIVB Snow Volleyball World Tour began in March 2019. The FIVB aims to offer a World Championship in the sport in 2021, and along with USA Volleyball is aiming to make snow volleyball a medal sport at the Olympic Winter Games. This would make volleyball the first sport to be offered in both the Summer and Winter Games.

Participating in any sport gives benefits, but volleyball can provide some lessons that few other sports can. Here are some of the things you can expect to gain by playing volleyball.

No more than three hits per side, first to 25 but must win by two. These are the basic rules of volleyball, but there’s more to learn about the rules of the game. Discover the rest of the rules.

Pass, set, hit! Learn the basic skills of the game and the positions where players specialize in specific skills.

Check out our resources to learn more about the sport of volleyball. Take your game to the next level with USAVlearn and hear from top coaches, athletes and more.

If you’re a young athlete learning the basics but have dream of standing on the Olympic or Paralympic podium one day, find out how you can get involved with the National Team Development Program (NTDP).

Path to the Podium

What do you want from volleyball? Whether you are a junior, high school or college player, a coach, official or volunteer, everyone is on a path to a goal. We’ll help you reach your podium.

No two paths are alike, but as members of USA Volleyball we all belong to the same exclusive club as top athletes such as Kerri Walsh Jennings, Matt Anderson, Foluke Akinradewo, Phil Dalhassuer, Heather Erickson and April Ross. 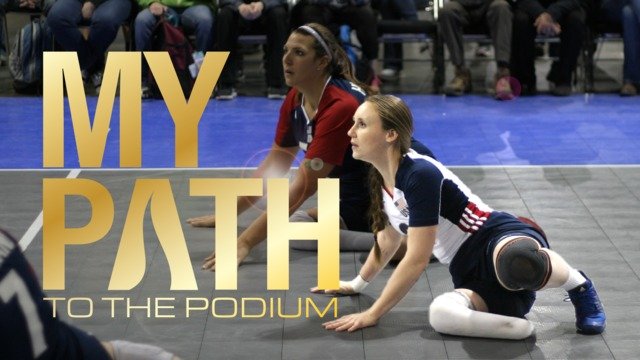 Bethany Zummo | My Path to the Podium

A Proximal Femoral Focal Deficiency and Fibular Hemimelia did not keep Bethany Zummo from doing ballet or sports. Shortly after discovering Sitting Volleyball in 7th grade, she decided to give the sport a try.
Play Video 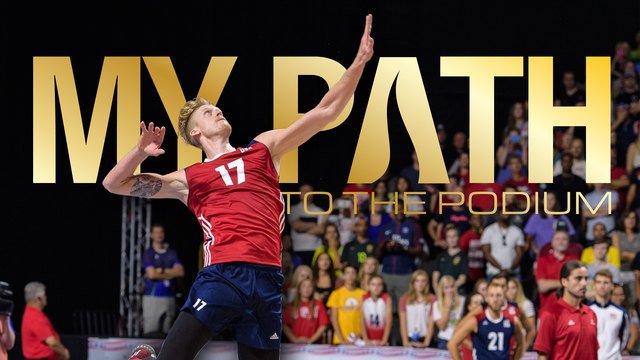 Max Holt | My Path to the Podium

Max Holt, remembers one of his best memories on his 'Path to the Podium' was putting on the USA jersey for the first time, as a member of the U.S. Youth National Team.
Play Video 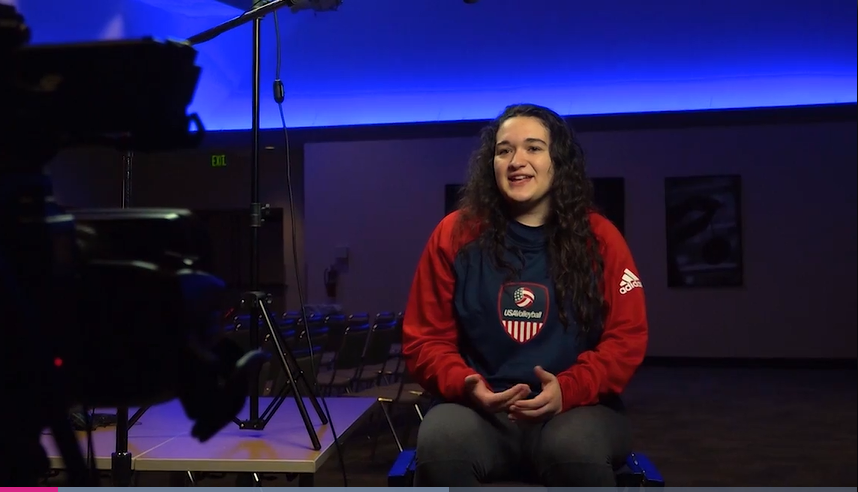 Emma Schieck | Path to the Podium

One of the youngest stars of the U.S. Women's Team shares her journey.

When you become a member of USA Volleyball you are part of a community of athletes, families, coaches, officials and more who love the sport of volleyball. You become a part of the team behind Team USA. Find out what it means to become a member of USA Volleyball and see what benefits members receive. If you have questions, we’re here to help you choose the volleyball path that’s right for you. 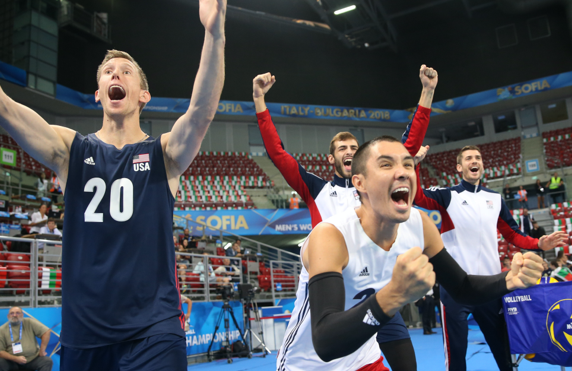 With events taking place all across the country, there’s an indoor event for every athlete. Choose from junior or adult competitions, and learn more about the path to qualification for a USA Volleyball Junior National Championship. 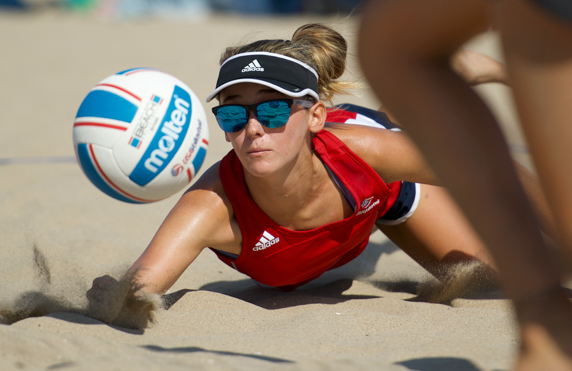 Beach volleyball is one of the fastest growing sports in the United States. Learn more about the USA National Beach Tour and how you can compete on the beach.

Pursue your Olympic or Paralympic dream.

The National Team Development Program (replacing High Performance) will be a fluid system with an athlete-centered focus that emphasizes the health, well-being and overall development of each individual player as they pursue the ultimate goal of representing the United States on the National Team. Indoor, beach and sitting volleyball players will have increased opportunities to play with and against the best athletes from across the country and to learn from some of the best minds in the game.

Just because you've graduated from high school doesn't mean your volleyball career is over. There are several ways to play volleyball in college. Whether it's intramurals or intercollegiate, you can always improve your game. 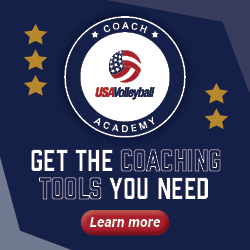