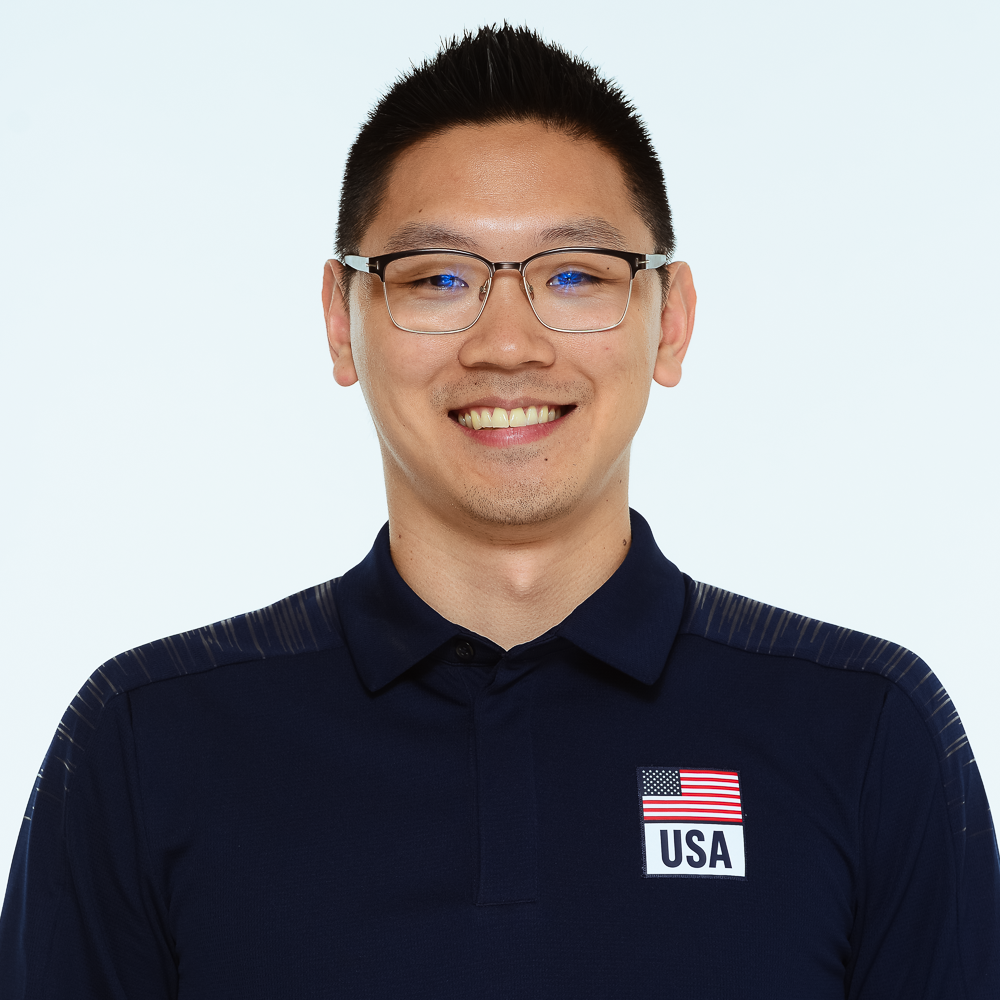 Jeff Liu has served as the performance analyst for the U.S. Women’s National Volleyball Team since the 2017 season.

Since joining the national team staff, Liu has played an instrumental role for the U.S. Women to consistently reach podium finishes. Team USA won consecutive FIVB Volleyball Nations League titles in 2018 and 2019, a bronze medal at the 2017 FIVB World Grand Champions Cup and qualification into the 2020 Olympic Games as major accomplishments with Liu on the coaching staff.

As part of his major responsibilities as technical coordinator, Liu analyzes and enters match statistical data for Team USA and its opponents and contributes heavily to the overall scouting report for upcoming matches.

While working with Team USA, Liu is also an assistant coach with the Grand Canyon University women’s team.

Liu has served in similar capacities in the collegiate realm. In 2018, he was a volunteer assistant at Cal State Fullerton during the National Team offseason. He was also technical coordinator for the University of Southern California women’s and men’s indoor volleyball teams and the women’s beach volleyball team from 2015-17. During his time with the Trojans, he helped lead the women to three straight NCAA Tournament appearances, including one of the best seasons in USC volleyball history in 2015. That season Southern California went 33-3 during the regular season en route to claiming the Pac-12 Championship and the No.1 overall seed in the NCAA Tournament. The Trojans advanced to the Elite Eight in both 2015 and 2017. On the beach, Liu helped USC win NCAA titles in 2015 and 2016.

Liu has also served as an assistant coach in the USA Volleyball High Performance Program. He was an assistant coach for the Girls A2 Select and Girls A3 Select programs in 2015. He served as the associate head coach of the Girls Select A2 Invitational Team in 2016. Liu was also a DataVolley Intern and volunteer court coach with the U.S. Women’s National Team from 2014-16.

He graduated from Stevens Institute of Technology with a bachelor’s degree in business and technology in 2008. While at Stevens, he founded the men’s club volleyball team and served as the squad’s assistant coach and four-year team captain.

Liu is USA Volleyball Coaching Accreditation Program (CAP) Level II and Beach CAP Level I certified. He co-authored “The Unofficial Guide to DataVolley 4 Mastery” and has been an American Volleyball Coaches Association (AVCA) presenter in 2016 and 2019.

Liu holds a masters of arts in coaching and athletic administration from Concordia University in Irvine (2016).