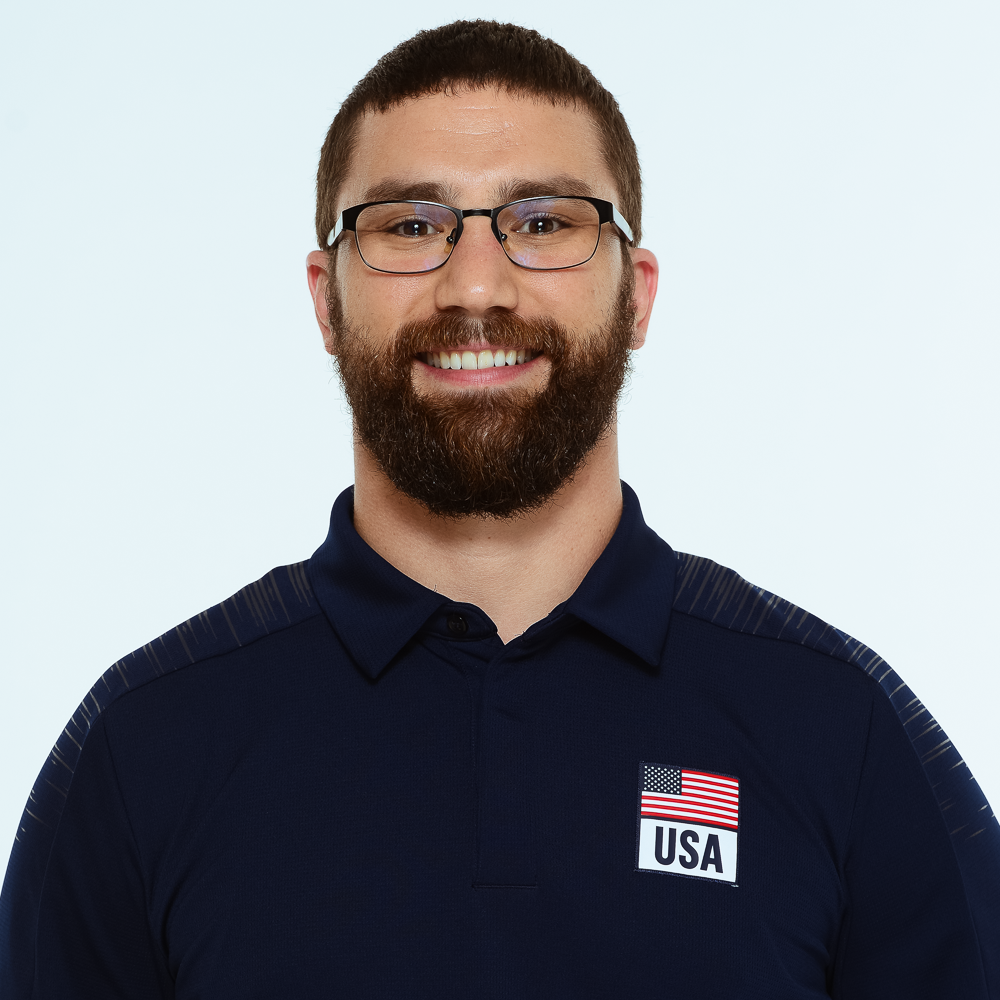 Jimmy Stitz joined the U.S. Women’s National Volleyball Team staff full-time in the spring of 2015 following a year with the program as a seasonal assistant strength and conditioning coach through the United States Olympic and Paralympic Committee (USOPC) mentorship program.

Prior to joining the staff, Stitz worked as an intern at the former Olympic Training Center in Chula Vista, Calif. Additionally, he was selected from a pool of national candidates to serve as an assistant coach through the National Strength and Conditioning Association (NSCA) assistantship program in 2013.

While earning his master’s, Stitz was the first-ever head strength and conditioning coach for Charter Oak High School in Covina, Calif.

Stitz is also a Brazilian Jiu Jitsu blue belt and enjoys training in his free time.

Stitz was married in 2020 to his wife, Alex, and they are expecting their first child in March of 2021.