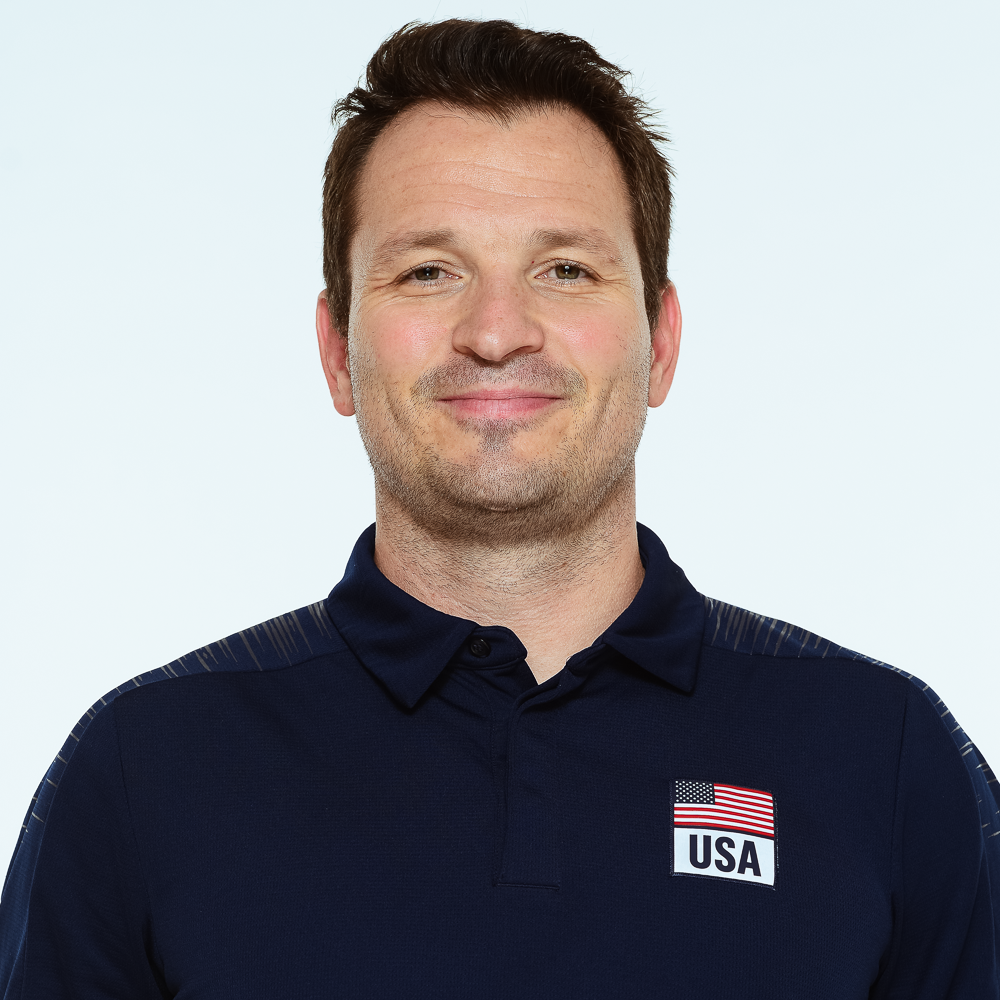 As the top assistant coach for the U.S. Women, the Americans have won consecutive FIVB Volleyball Nations League titles in 2018 and 2019, along with qualification into the 2020 Olympic Games. He serves as the defensive coordinator for the U.S. Women’s National Team as well as blocking coach. While working with the U.S. Women, Slabe is also the head coach of the North Carolina State women’s team.

With Slabe on its coaching staff, BYU posted a 75-16 record in three seasons with consecutive NCAA runner-up finishes in 2016 and 2017 followed by a semifinal appearance in 2018. The Cougars won the Mountain Pacific Sports Federation title outright in 2016 and claimed a share of the title in 2017. Slabe helped BYU garner eight AVCA All-American certificates, including current U.S. Men’s National Team athletes Ben Patch, Jake Langlois and Brenden Sander.

Slabe, a native of Ljubljana, Slovenia, amassed seven years of head coaching experience in European pro leagues from 2008-15. During this period, his teams won six national and international championships in addition to runner-up finishes in six events.

After leading Slovenia’s Uko Kropa from 2008-11, Slabe took the reins of Slovenia’s Calcit Kamnik in 2011-12. He led the squad to the CEV Cup round of 16 and the quarterfinals of the CEV Challenger Cup. Slabe served as head coach of Slovenia’s Ach Volley Ljubljana from 2012-14, leading to the team to two national titles and two MEVZA titles. Ljubljana finished in the top 12 of the European Champions League. Slabe’s final stop before joining BYU was with Austria’s Posojilnica Aich Dob, which also competed in the European Champions League during the 2014-15 season.

Slabe, an outside hitter for BYU from 2000-03, helped the Cougars win the 2001 NCAA Division I-II Men’s National Collegiate Championship title. As a senior, he was part of BYU’s national runner-up finish in 2003. Slabe graduated from BYU in 2003 with a bachelor’s degree in athletic training.

After graduating from BYU, Slabe played professionally in Europe for several years before starting his coaching career in 2008.