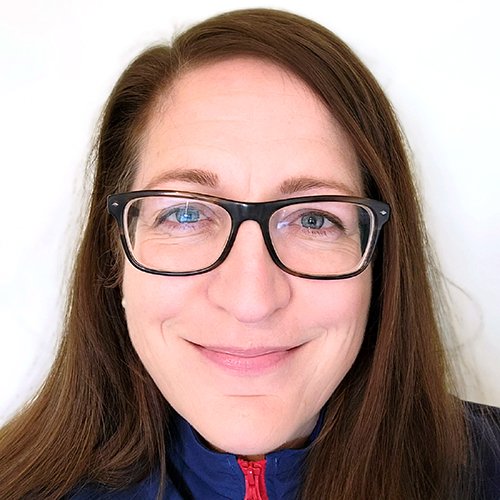 Michelle Goodall joined the U.S. Women’s Sitting Volleyball Team as the team leader in 2016 and moved to the assistant coach role in January 2019. In addition to her coaching duties, Goodall serves as the program administrator for USA Volleyball’s Beach ParaVolley programming.

Since joining the National Team staff, Goodall has played an instrumental role for the U.S. Women Sitting Team to consistently reach podium finishes. Team USA won several major events during this time, and in 2019 the team earned its first undefeated season. Most notably, Goodall helped the team win back-to-back Paralympic gold medals, landing top podium finishes in both the 2016 Rio Paralympics and in the 2020 Tokyo Paralympics. The team is currently ranked No. 1 in the world.

Among her major responsibilities with the team, Goodall serves as the team’s resident coach, training the athletes who live near the Paralympic training site at University of Central Oklahoma in Edmond. Goodall also overseas training for all nonresident athletes. During competition, she serves as the defensive coordinator.

Prior to her work with the U.S. team, Goodall was the head girls volleyball coach for her alma mater, John F. Kennedy High School (Cedar Rapids, Iowa) for two decades (1999-2019). Under her leadership, the Cougars amassed a 477-273-9 record and six state tournament appearances, including three semifinal berths during from 2008-2011.

Goodall is a USA Volleyball Coaching Accreditation Program (CAP) Level IV coach. She also is a CAP cadre and Master IMPACT CAP instructor. She has held other leadership roles within USA Volleyball including a seat on the Paralympic Commission, Sport Development Commission, SafeSport Committee, Education Committee and Administrative Council. She has served on the USAV Morale, Engagement, Retention, and Recruitment (MERR) Committee and currently is an active member of the Staff Diversity, Equity, and Inclusion (DEI) committee. Goodall has also served terms as chair of both the USA Volleyball Beach Assembly Administrative Council and the USA Volleyball Beach Assembly Member Organization.

For her efforts, Goodall has received USA Volleyball Meritorious Service awards, and in May 2020 she was inducted to the USA Volleyball Hall of Fame and honored with the George J. Fisher Leader in Volleyball award for her contributions to the sport.