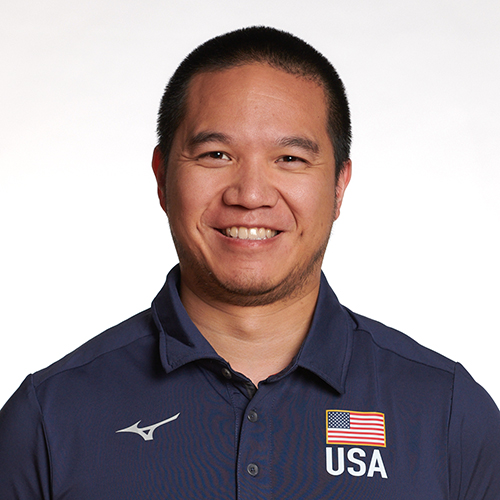 Nate Ngo joined USA Volleyball in February of 2015 to serve as technical coordinator for the U.S. Men’s National Team.

Ngo came to USAV from the University of Portland where he served as an assistant coach for the women’s volleyball team. Prior to that, Ngo served as the graduate manager of the University of Nebraska women’s volleyball team while earning a master’s degree in statistics. He was also a volunteer assistant coach for the women’s team at Cal Poly San Luis Obispo.

Ngo served as technical coordinator for the U.S. Women’s Junior National Team in 2013 and 2014, and also for the SVS Post professional club team in Vienna, Austria, in 2011

Additionally, Ngo was the VIS (Volleyball Information System) supervisor at various international volleyball events, including the 2009 Women’s Pan Am Cup, multiple weekends of FIVB World League in 2010 and 2011, and the NORCECA Men’s Olympic Qualifier in 2012.

Ngo’s duties include keeping track of statistics for the U.S. Men using DataVolley and scouting for the team at tournaments.

Ngo is originally from San Francisco, Calif., and graduated from Cal Poly in 2010.