Path to the National Championship 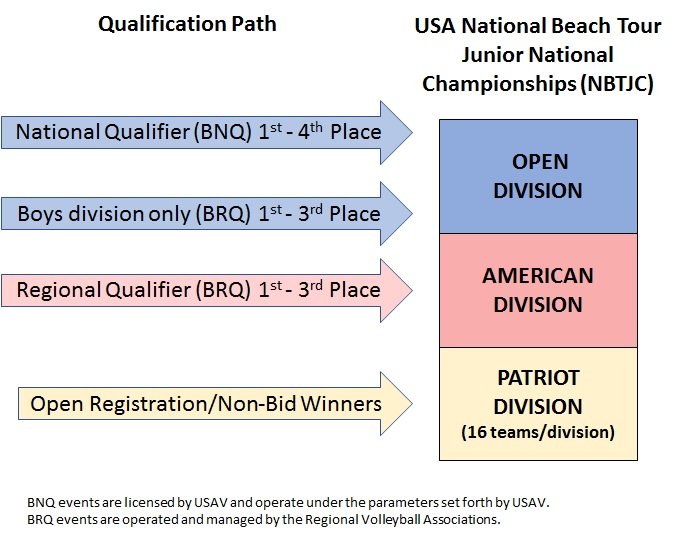 The USA Volleyball Beach National Championship gives young beach athletes the chance to test themselves against the best in the nation and compete for a national title. There are three divisions for girls in the championship – Open, American and Patriot – and boys may compete for Open or Patriot Division titles. There are three ways to qualify for a spot in the championship, and the way an athlete qualifies for the tournament determines the division in which they’ll compete. 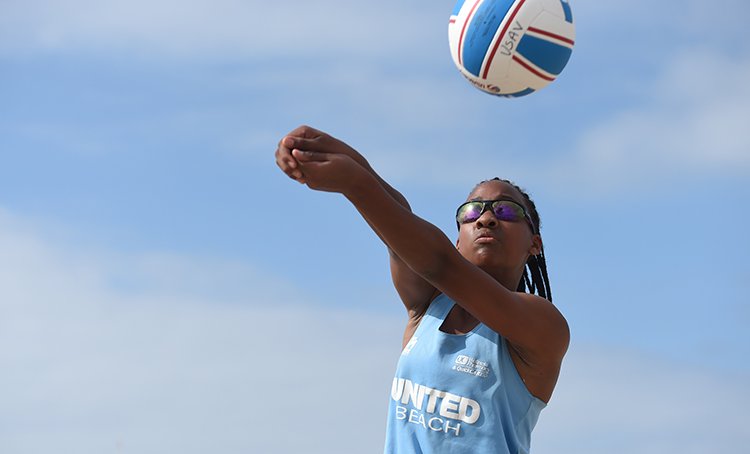 Note: bids won via a national qualifier do not trickle down to spots outside the top four. 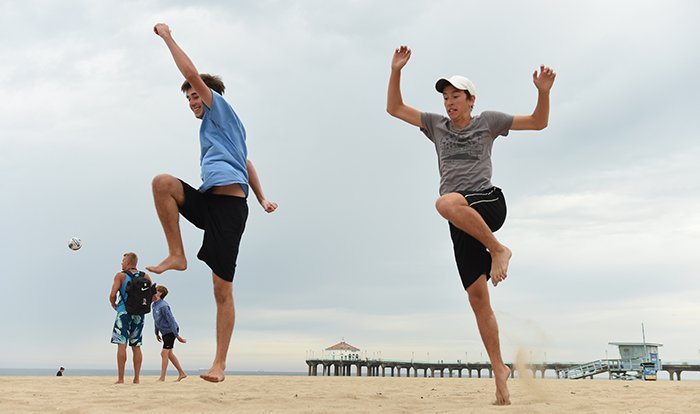 Athletes can also qualify for a berth in the USA Volleyball Beach National Championship through a regional qualifier, which is designed to create competition within the host region. Girls who qualify through one of these regional qualifiers earn a berth to the championship’s American Division. They must finish first, second or third for such a bid.

Boys who finish among the top three at a regional qualifier qualify for the Open Division at the national championship as the American Division is not offered for boys at this time.

Note: berths from a regional qualifier may trickle down when a team – both players of a qualifying team, not just one – decline the bid or already has a bid. Only those who finish fourth or fifth may have a berth trickle down to them; berths are not awarded to sixth place or lower even if a bid from that tournament is unclaimed.