When you coach a young athlete who’s shown ‘natural talent’ or who has committed to one sport, it can be tricky to handle their expectations for their future in sport. Whether the advantage comes from physical build, parental involvement or socio-economic benefits, it’s almost a certainty that the advantage will eventually become less beneficial as other kids on the team catch up with an early high performer or they join more competitive teams.

Once an early high performer starts to lose, they’re more likely to suffer from burnout and struggle trying to maintain their early level of perfectionism, which may lead them to leave the sport entirely.

TrueSport Expert Amanda Stanec, PhD, the founder and owner of MOVE + LIVE + LEARN, shares a few tips on how to handle early high performers and their expectations around success and perceived failures. The key, she says, is to help all athletes ditch a fixed mindset where they believe they have a certain level of talent and it won’t change.

Eliminate Phrases like ’Talent’ or ‘High Performer’ from Your Vocabulary

Before we deal with helping the high performers, it’s important to shift the way you talk about them. Yes, we use the phrase high performer in this article, and it may be necessary in some cases. But when addressing athletes and parents, stop labeling kids as ’talented’ or ’not talented,’ says Stanec.

When we assign these labels to young athletes, we’re setting them up for failure: The kids labeled ’talented’ will eventually come up against a player who’s better than them and be confused by their failure, and the kids labeled ‘untalented’ will likely feel as though there’s no way for them to catch up with the ’talented’ kids. Often, these labels are intended as compliments and praise, but unfortunately contribute to a fixed mindset.

Focus on Effort and Skill Development in Practice

Cheer on kids who are putting in the effort, rather than kids who are—at this point in time—naturally more skilled.

Developing a work ethic, where kids learn that practicing will lead to improvements, is important for all performers but especially early high performers who may grow up in sport assuming that they can skip practices and put in less effort because their talent will keep them at the top of their game.

“If there is an early developer who wins a race, say to them, ‘You did your best and tried your hardest, and that’s what I’m proud of,’” Stanec adds. “You can also let them know that there will be times when they won’t win the race. But as long as your athlete keeps putting in their best effort, that’s what matters.” All of this helps reinforce the importance of a growth mindset rather than a fixed mindset.

Take Competition Out for Younger Athletes

Obviously, if you’re a high school coach, competition is going to be important for your athletes. But for younger athletes in elementary or middle school, focus on skill development and fun. This is especially important for early high performers, since early emphasis on competition can make them feel as though winning is the only option. When they develop that focus, it’s harder for them to find joy in the sport as the playing field levels out when they get older.

“It’s critically important that we stop putting kids in competitive situations that are not age appropriate,” says Stanec. “We’re in such a hurry to rank kids, but we need to give them time to develop and mature physically and emotionally. If we stop focusing on competition and winning, we won’t lead young kids to over-identify as athletes in particular sports. We won’t make decisions that make them feel entitled.”

Treat All Athletes the Same

It’s tempting to spend more time and energy on high performers, but consider this: Are those athletes remaining the high performers because of the time you’re spending on them? What if all the athletes were given the same attention?

“Every athlete deserves a warm and supportive environment that is focused on their development, and every kid deserves the opportunity to develop at their own pace,” says Stanec. 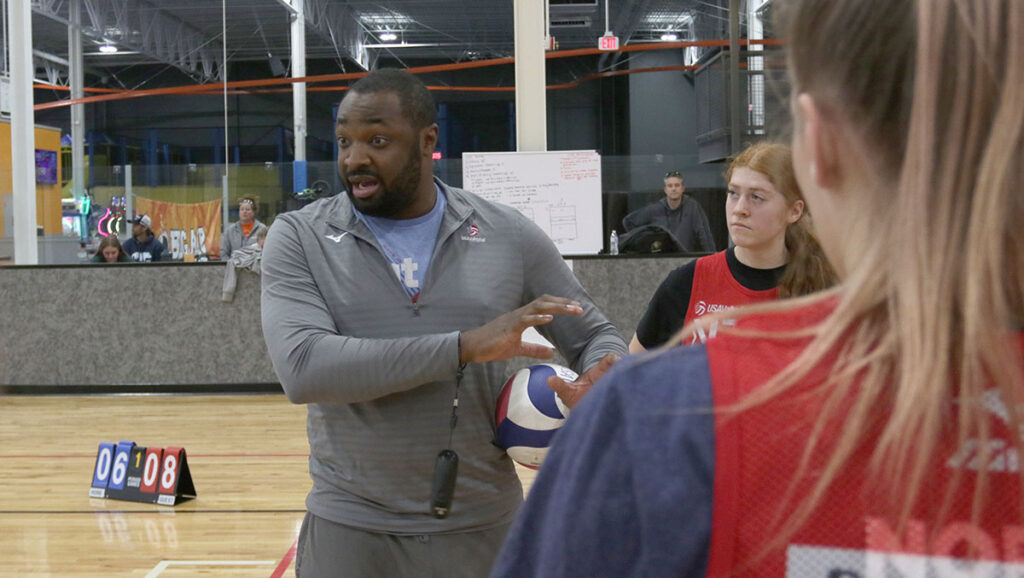 Remember the Stress High Performers May Be Under

Even if you’re trying to treat all athletes the same, a previous coach, a parent or even the athlete themself may put unrealistic expectations on a high performer’s abilities.

“I’ve seen the most talented athlete on a youth team sobbing for hours after a game because she didn’t make a penalty shot,” says Stanec. “The pressure that is put on these early high performers, and the pressure that they put on themselves, can be incredibly difficult. These young athletes have so much attention on them based on their early performances, and that’s ultimately what leads them to have unrealistic expectations. We’re setting them up for failure and burnout.”

It sounds counterintuitive, but the best way to help an early high performer adjust their expectations is by losing early and often. Normalizing loss helps young athletes avoid perfectionist tendencies that push them to win at any cost.

“Athletes who have early success develop irrational fears of losing…but losing is part of any sport at any level,” says Stanec. “If we don’t teach them how to handle adversity, if we don’t teach them about humility, we’re doing them a disservice. Young high performers don’t realize that they’re big fish in a small pond and that there are bigger ponds out there. It creates a sense of false confidence if we try to keep them on this winning streak.”

Instead, try bringing a cross country team to a statewide 5K race with adult racers, or even bringing in a star player from a local high school or college to help with soccer practice.

It can also help to encourage your athlete to play more than one sport! In addition to the many benefits of being a multi-sport athlete, they may find more joy in other sports and learn that playing sport is about more than performance and winning.

Teach Athletes to Love the Journey

Early high performers often lose sight of the journey because they’ve been conditioned to focus on results rather than the process. But for an athlete to stay in sport for a long time, and to continue to thrive and improve, they need to love the journey and the process. “As an athlete, you want to be in an environment where playing your sport is joyful,” says Stanec. “As a coach, if you can create that joyful practice environment, you will help those athletes avoid burnout. Teach athletes to love the process of improving, and they’ll stop seeing themselves as talented and start seeing themselves as hard workers.”

Help early high performers shift their focus to a growth mindset as early as possible. Setting athletes up as ‘talented’ or ‘not talented’ develops a fixed mindset that leaves little room for the value and importance of hard work and practice, so stop using those terms with athletes and parents. Reward athletes who are putting in the work, rather than rewarding athletes simply based on performance and results.

About TrueSport
TrueSport®, a movement powered by the experience and values of the U.S. Anti-Doping Agency, champions the positive values and life lessons learned through youth sport. TrueSport inspires athletes, coaches, parents, and administrators to change the culture of youth sport through active engagement and thoughtful curriculum based on cornerstone lessons of sportsmanship, character-building, and clean and healthy performance, while also creating leaders across communities through sport.