Nine Assumptions to Avoid for a More Equitable Team Environment

Assumptions and biases are unfortunately impossible to avoid entirely—and to say that you don’t have any around race, gender, sexuality, class, religion, disability, or any other identities, makes it impossible for you to grow as a person. As a coach, your teams almost certainly contain a diverse multitude of athletes with different life experiences, and assumptions about them can be dangerous.

Here, TrueSport Experts Kevin Chapman, PhD, clinical psychologist and founder of The Kentucky Center for Anxiety and Related Disorders, and President of Now What Facilitation, Nadia Kyba, MSW, are explaining how you can begin to acknowledge your current assumptions and create a more equitable team environment.

Assumption: You don’t have biases, period.

You’re raised having certain biases, regardless of your situation. For example, if you’re given a white doll as a young girl, Kyba explains that not only are gender roles being enforced—girls are nurturing and caregivers—you’re also learning that whiteness is the default and that being white is the norm. It’s important to get honest with yourself about the biases that you have. Spend some time thinking or journaling about your potential biases and ask yourself which biases play a role in your decision making.

Assumption: Coaches should be “colorblind”

Whether talking about race, gender, religion, or any other area of identity, pretending that it doesn’t matter is not an option.In the past, you may have said things like, ‘We’re all the same,’ or ‘I don’t see color,’ or ’There’s no difference between X and Y groups.’ But there are differences, and they shouldn’t be ignored. To suggest that a young Black female athlete has the same life experiences as a White male athlete isn’t just wrong, it’s offensive.

“It’s uncomfortable for people to acknowledge differences. But from a coaching standpoint, it’s important to not adopt a colorblind approach,” says Chapman. “Sports are notorious for assuming that we’re all the same, because sports are considered to be the great equalizer. It’s true that sports are where people in the U.S. can come together and set everything else aside in order to win. That has a lot of benefits, but the fact is that we don’t come from the same background.

“So, if I adopt a colorblind approach as a coach, meaning I don’t see color, that discounts an athlete’s personal experience as a marginalized individual.”

This is a difficult area. On one hand, it is important to acknowledge the difference between the genders, since gender identity is very much a part of every athlete’s life. But from there, it’s easy to fall into gender stereotypes. “For example, the assumption is that there are certain appropriate emotions for females to express that males aren’t encouraged to express,” says Chapman. “That reinforces emotional dysregulation, because it forces young men to tamp down their feelings.”

On the other side of the spectrum, some coaches, especially of young athletes who may even be on co-ed teams, tend to assume that it’s a good thing if they think boys and girls are exactly the same. But unfortunately, it’s important to remember that boys and girls are often socialized differently—so despite your efforts to treat them equally, you still need to acknowledge that they’ve spent years living with certain stereotypes being placed on them. 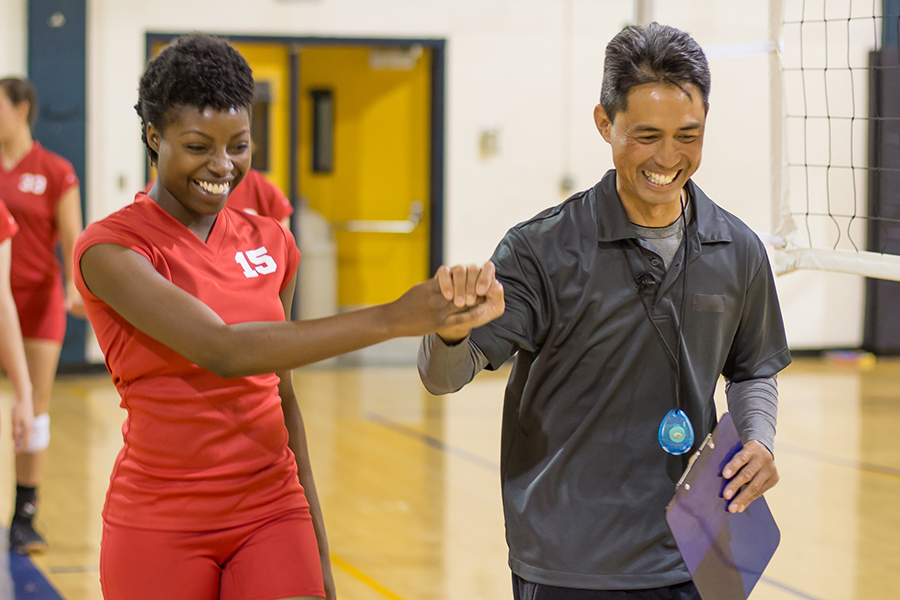 Assumption: You can see differences

In addition to more obvious differences in race and gender, there are many more subtle differences between athletes that are equally important to acknowledge but may not be as obvious. For instance, it’s easy to assume that a young woman on the team is a cis-gendered straight young woman, but she could be a transgender woman who is still struggling to feel comfortable using a public restroom or sharing a space with her teammates. An athlete who appears to be male might identify as a woman, or vice versa. A Muslim athlete who needs space and privacy to pray while away at competitions may not look different from his Christian counterparts on the team. And some disabilities, especially cognitive or neuro disabilities, may not be noticeable instantly, but athletes may have certain accessibility needs or require extra guidance.

Assumption: If there isn’t a problem, we don’t need to talk about gender/race/sexuality/etc.

“But people tend to try to avoid uncomfortable topics or conversations,” says Chapman. “As a psychologist, I often hear from coaches who felt awkward bringing up topics like race or sexuality but reported huge benefits from having those conversations. Remember that people who are from marginalized groups can smell your avoidance a mile away.”

Assumption: You can speak to all athletes the same way

It’s important to remember that even if you know an athlete’s race/religion/class/gender, you still don’t know their actual lived experience. “For example, you may have an athlete of another race who’s been abused as a child by someone of your race, and if you’re yelling at him in practice, it can have a completely different effect on him than it would on another athlete,” says Chapman.

While you may be encouraging diversity and acceptance on your team, remember that worldwide issues can still be causing your athletes to cope with certain traumas. For example, the Black Lives Matter movement will obviously impact the Black athletes on your team. COVID-19 has caused a spike in hate crimes against Asian Americans. Transgender youth are having rights taken away in many states. There’s a rising level of hate crimes against the Jewish community. “Are you checking in with your athletes and making sure that they’re OK?” asks Kyba. “Constantly challenge yourself to think about how world events are impacting those on your team. I understand that people are worried about bringing things like that up because they’re worried about saying something that’s going to offend or trigger someone. But by not bringing these issues up, you’re being complicit in covering them up and you’re not opening yourself or your team up to growth.”

Assumption: Your team hasn’t complained of a diversity issue, so you don’t have one

Similar to questioning your unconscious biases, it’s important to acknowledge that a lack of complaints from athletes on your team does not equate to having no problems at all.

“Look at the systems that are currently in place,” says Kyba. “Are you considering all of the needs of the people on your team? Are you giving priority to the boys when it comes to allocating team resources? What sort of faith-based holidays might impact people on your team? Are the uniforms comfortable for all genders/religions/cultures? Does the team name have a colonialist history? How are women and minorities represented? Is there accessibility for people with disabilities? Are there safe washrooms that support gender fluidity? Have you considered financial privilege when scheduling team commitments? Keep asking yourself questions like these, and make sure you’re being honest about the answers.”

Assumption: Athletes will come to you with issues

It’s incredibly difficult for athletes to report issues of microaggressions or bullying. And it’s even more difficult for some athletes to actively ask for what they need. That’s why it’s so important to ensure that you have a policy in place where athletes feel comfortable coming to you with these issues. “For example, you may have an athlete who’s transitioning right now, and who doesn’t feel comfortable sharing a hotel room on a competition weekend,” Kyba says. “Or you may have an athlete who needs to leave a competition or practice at a certain time to go pray quietly somewhere, and they need help finding a space.” While you can’t anticipate the needs of every athlete, you can ensure that they all know they can come to you with these needs and you’ll do your best to accommodate them.

It might feel uncomfortable to admit that you have biases, but in doing so, you’re better able to serve all your players.

TrueSport®, a movement powered by the experience and values of the U.S. Anti-Doping Agency, champions the positive values and life lessons learned through youth sport. TrueSport inspires athletes, coaches, parents, and administrators to change the culture of youth sport through active engagement and thoughtful curriculum based on cornerstone lessons of sportsmanship, character-building, and clean and healthy performance, while also creating leaders across communities through sport.

For more expert-driven articles and materials, visit TrueSport’s comprehensive collection of resources.
This content was reproduced in partnership with TrueSport. Any content copied or reproduced without TrueSport and the U.S. Anti-Doping Agency’s express written permission would be in violation of our copyright, and subject to legal recourse. To learn more or request permission to reproduce content, click here.