Obstacles to the Transformation

Dr. W. Edwards Deming (Dr. Deming) was a statistician who rose to prominence for his groundbreaking approach to manufacturing and for his philosophy about management. He is credited as one of the people who helped turn Japan into a manufacturing powerhouse after World War II. In fact, Japan so respected this man that the Union of Japanese Scientists and Engineers (JUSE) named their top prize for Total Quality Management in his honor, The Deming Prize. He passed away in the 1990s.

Dr. Deming left a legacy with his teaching, writing and speaking engagements. Arguably, he is best known for his 14 Points for Management. He also wrote that management should avoid the Seven Deadly Diseases, obstacles that hinder progress toward the pinnacle that he believed was there for those organizations that embraced his 14 Points.

With some adjustments, I’d like to offer you my own 14 Points for coaching. Before I begin, however, I’m going to paraphrase a Dr. Deming quote by making it more obviously about volleyball: “If coaches were to spend as much existing time to improve their coaching processes as they do in ranking, rating, rewarding and punishing their athletes at all ends of the skill spectrum, the results would be stupendous improvement of our sport.” 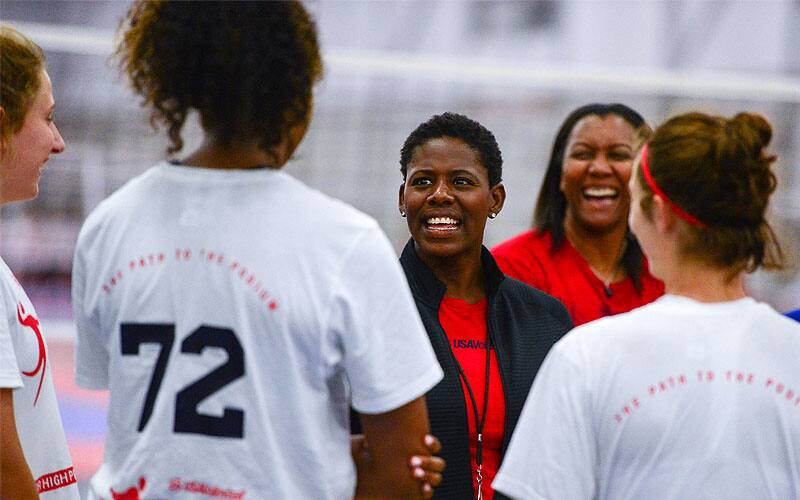 Coupled with my 14 Points, I believe that the concept of obstacles to the transformation (Dr. Deming’s Seven Deadly Diseases) has an even more profound impact on the sport of volleyball. Sadly, throughout my many years coaching volleyball, I’ve seen countless coaches being their own worst enemy by being the obvious obstacle to the transformation. It still shocks me how many obstacles I come across in my little corner of the volleyball community, obstacles that place a wall between what we may think is right versus what motor skill science indicates is right.

As coaches, we have common goals like athlete improvement over time, winning, and so on. Not every team we have is going to be a world-beater, and, despite our best efforts, not every athlete we coach will play in college or for national team. But, what can we do as coaches? What should we be doing as coaches?

I contend that we should be trying to find ways to avoid as many of the obstacles to the transformation as possible. We want to improve our chances of seeing improvement over time, of winning, and of increasing the volleyball IQ of all our athletes.

Avoid the obstacles as best you can and you may be surprised at the outcome.

Keeping with the Dr. Deming theme, I believe there are seven core obstacles that litter the path to the transformation of coaching the sport of volleyball.

If you’re willing to learn, if you’re willing to concede there is likely more that the athlete learns by training ugly, by teaching the randomness of the game to our athletes, well, I believe you’re on your way to becoming transformed.

I wish you the best of luck in your pursuit of becoming transformed.