The Path to Being a Pro Volleyball Player

In my over 50 years in this sport, I’ve watched many pro leagues come and go. When I played professionally in Italy decades ago, only one foreign player was allowed per team. American indoor leagues came and went, generally underfunded. The one pro option that has endured in is on the beach, the Association of Volleyball Professionals, once just for men and now for both genders.

Americans’ best pro option for playing indoors over the decades has been going overseas. The European Union now allows multiple nationalities to play on a team, and USA Volleyball annually issues transfers for hundreds of Americans to play in not only Europe, but South America and Asia as well. My son just won the German Bundesliga last month in a five-match final series, something I got to watch online live and as a cardboard cutout in the stands. It’s not ideal, though it is far better than when I played. I’ve always loved to watch him play. 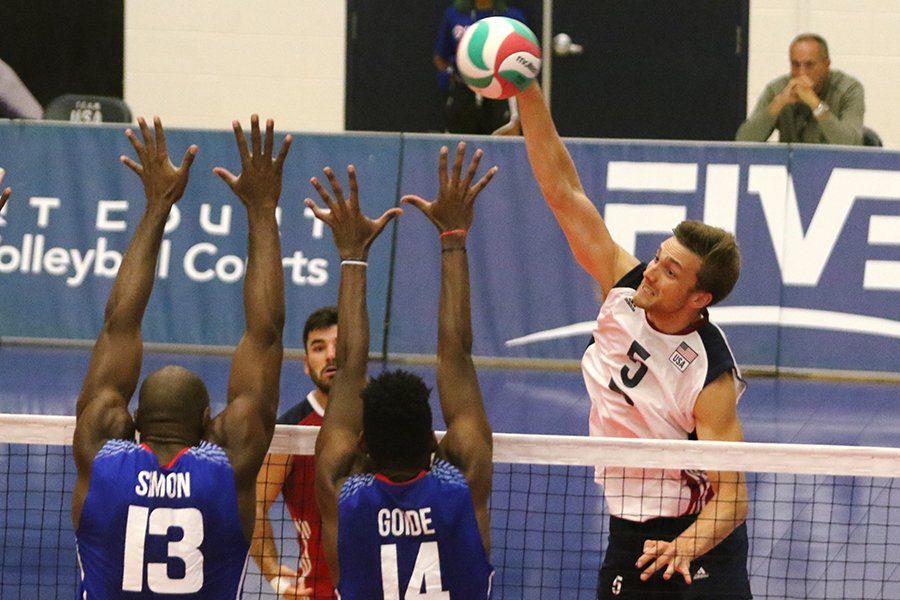 In the U.S., three organizations offer substantial reward in exchange for playing volleyball: AVP, Athletes Unlimited (AU) and collegiate volleyball. AVP and AU both pay their players, and college volleyball can cover a student-athlete’s room, board, coaching, training, travel and tuition. The U.S. collegiate system has more than 10,000 players on scholarship, making it look like the largest high-level volleyball program in the world.

The newest great thing to happen here in America is Athletes Unlimited. This is a big step forward for all our top women to play at home against international-level competition. With their dream of making the league more athlete-controlled over time, and using new ideas in competition, it’s an important step forward in domestic professional opportunities.

We all should know these facts: nearly eight million students currently participate in high school athletics in the United States. More than 480,000 compete as NCAA athletes, and just a select few within each sport move on to compete at the professional or Olympic leve l. NCAA research show that four percent of high school volleyball players play in college. Of all NCAA athletes, fewer than two percent become professional athletes. View the NCAA’s findings.

How can your child beat the odds? It’ll be tough, but here are some ideas to increase the chance of your child playing pro sport.

Let them experience many sports while young

While a child can clearly be genetically predispositioned to becoming a pro athlete, they must also have the passion for a sport in order to reach the pro level.

This cannot be forced. My kids played 10 sports growing up and only chose volleyball in high school – all the while still playing two other sports.

Specific to volleyball, start with doubles when young

The most important skill in many rebound sports is reading/anticipation. The chance to develop this and other technical skills in smaller-sided games is huge: two to three times faster. It’s always a learning competition, not just an athletic one. Getting “the reps” comes by training in reality, and the Olympic and NCAA sport of doubles – on beach or on grass when young – provides this opportunity.

We want to develop volleyball players, not specialists, until they are older. My son played middle, outside and opposite through high school, and that provided great value at the next level. Being an all-around player starts at the doubles level but is important all the way up the pipeline.

Play more coed or against adults

Volleyball is a non-contact sport. While age group competition allows for more success than playing more skilled/older players, the experience of learning/reading against better players helps speed the learning process.

Let the coaches coach, unless you are a coach (thanks for giving back to the sport by doing so). If you know how to play volleyball, playing doubles with your child is a fun version of watching them play, but remember to keep coaching to a minimum and playing to a maximum.

Remember that biology does not know birthdays

I owe a great deal of thanks to my late mentor, Carl McGown. When my son Cody was a high school senior, he was about six feet tall with size 13 feet. My family has been filled with late bloomers. My daughter was cut at the 14U level for not being tall enough, and by her senior year she was taller than all but one of those who made the 14U team. In a talk at a NORCECA Coaching Commission event, while discussing my son’s next-level considerations, Carl simply said, “Sit him out a year. Heck, as Mormons, we even delay for two years.” This bit of advice I came to learn is frequent in Europe, too, and known as a gap year. It allowed Cody to grow to nearly two meters (6-6) and learn a bit of the real world of work before heading off to Princeton and beyond.

I hope these facts and ideas help. Feel free to reach out to me at john_kessel@msn.com.