COLORADO SPRINGS, Colo. (December 5, 2021) – After 13 months of pandemic-related delays, it’s finally time for the U.S. Beach U19 National Team to compete at the 2021 FIVB Beach Volleyball U19 World Championships in Phuket, Thailand.

Originally scheduled for November 2020, the U19 World Championship will run December 6-11 with qualification on Monday, December 6 local, and the main draw beginning one day later.

All four pairs earned their berths at the FIVB U19 World Championship Trials in June. Hodel/Reilly and Zacca/Hartmann won gold at the trials, advancing directly into the championship’s main draw. Kraft/Maple took second in the trials for their qualification berth, as did Basey with then-partner Caleb Kwekel.

Kwekel, Chloe Hooker, Isabella Martinez and Dylan Foreman round out the Beach U19 National Team, however they will not compete in Thailand. Hooker/Martinez won bronze during the trials, as did Hurst/Foreman. Hurst and Kwekel have since swapped partners, meaning Hurst will compete this week alongside Basey.

Hodel and Reilly both compete on Stanford’s beach volleyball team, and both Kraft and Maple play at USC. Zacca and Hartmann hail from the Florida Region, Basey is from the Rocky Mountain Region’s Lyons, Colo., and Hurst is from Plano, Texas and the North Texas Region.

This is Kraft’s second time competing in the U19 World Championship; she and Maya Harvey reached the Round of 16 in 2018. That year, Devon Newberry/Lindsey Sparks finished fourth.

The U.S. last medaled in 2016 when Kathryn Plummer/Mima Mirkovic claimed bronze. In 2013, T.J. DeFalco/Lucas Yoder took bronze for the boys.

The semifinal and medal rounds of the Beach U19 World Championship will be streamed live on Beach Volleyball World’s YouTube Channel. 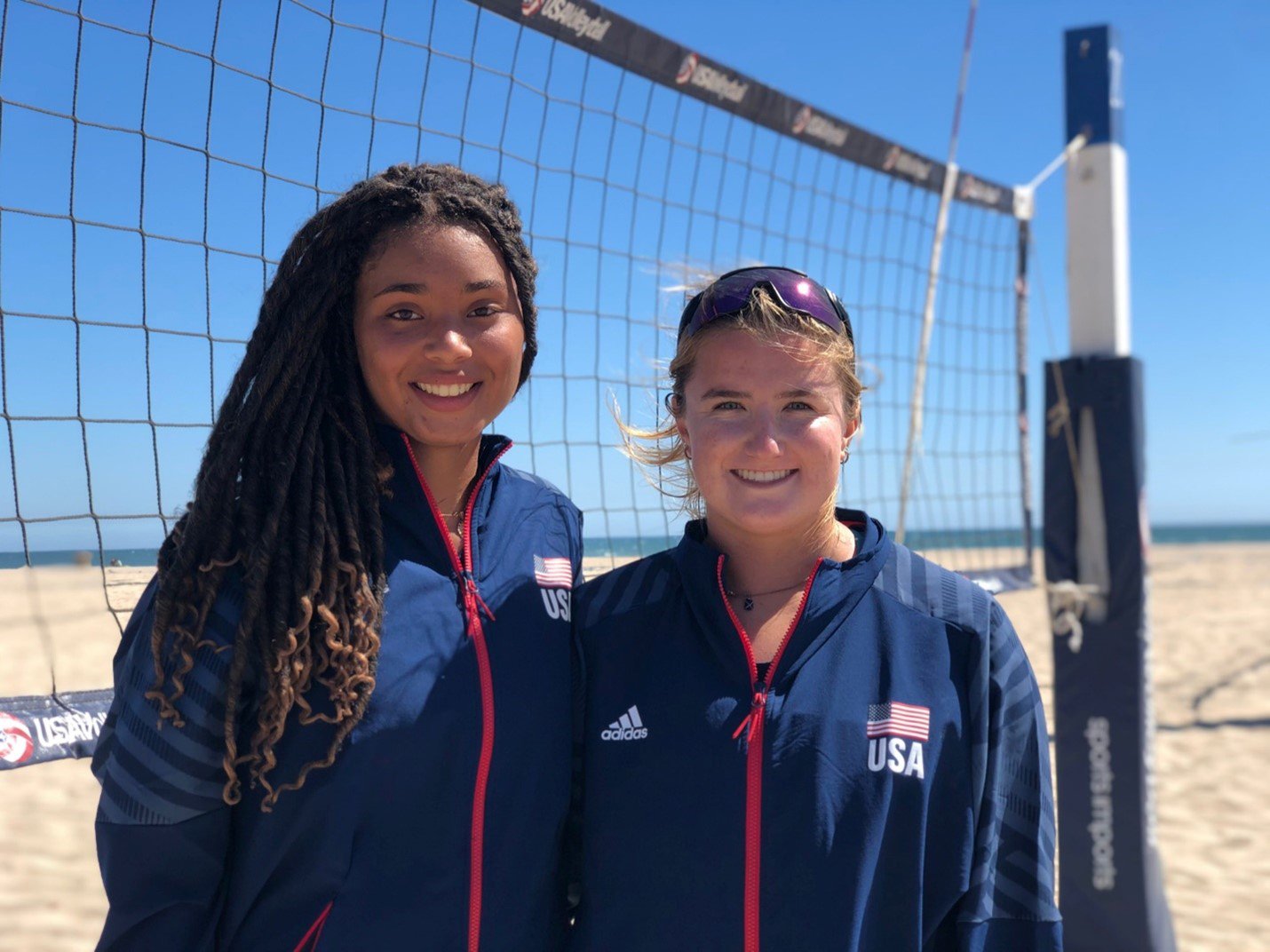 USA Volleyball is proud to announce the Beach U19 National Team, which was decided at the U19 FIVB World Championship Trials June 22-24 in Huntington Beach, Calif.