COLORADO SPRINGS, Colo. (Dec. 14, 2021) – USA Volleyball is saddened to learn of the death of Dr. Donald S. “Don” Shondell, seventh president of USA Volleyball (1979-80) an AVCA Hall of Fame coach and a 1996 inductee of the International Volleyball Hall of Fame. 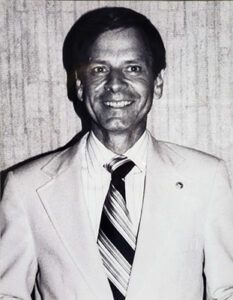 “It’s been an emotional ride with Dr. Don’s illness & passing last night,” Purdue Volleyball Coach Dave Shondell, one of Don Shondell’s four children, wrote in a tweet. “John & I are so thankful for the outpouring of kindness & support for our father. We were blessed to call him Dad.”

Shondell is probably best known for starting the volleyball program at Ball State – his alma mater – and coaching the men’s volleyball team for 34 years. He built a record of 769-280-6, the second most wins by a men’s volleyball head coach in NCAA history.

Shondell was the co-founder and first president of the Midwestern Intercollegiate Volleyball Association (MIVA) conference and was honored as MIVA Coach of the Year eight times.

In 1996, Shondell received the USA Volleyball All-Time Great Coach award, which was later named after him. That same year, he was inducted into the International Volleyball Hall of Fame.

A public event to celebrate Shondell’s life and legacy will be held after the first of the year.

Online condolences may be directed to the family at meeksmortuary.com. A full obituary is also available