Megan Kraft/Delaynie Maple of the U.S. Beach U19 National Team won the U19 World Championship Saturday, sweeping Olga Gavrilova/Alina Salmanova of Russia 2-0 (21-12, 21-17) to cap an unbeaten run in Phuket, Thailand.

“It’s hard to put into words how cool [being a world champion] feels,” Maple said. “It’s surreal right now. It’s very awesome to get to do this for our country.”

Before going 8-0 and winning all but one set, Kraft/Maple weren’t officially in the tournament’s main draw. They had to beat a Spanish team December 6 in qualification just for a berth in pool play, for which they were seeded 27th.

They won their pool with a 3-0 record and the highest point ratio of the 32-team field.

That gave Kraft/Maple a bye to the Round of 16, where they rallied past a Dutch team, the only pair to take a set off the Americans. Another 2-0 win in the quarterfinals set up an all-American semifinal as Kraft/Maple faced Hodel/Reilly. Hodel/Reilly put up a fight, but Kraft/Maple advanced to the gold medal match, which they won handily.

This is the second U19 beach title for the U.S. Jane Croson/Summer Ross won in 2010.

Hodel/Reilly put up a tough fight in the bronze medal match. Facing Ukraine’s Anhelina Khmil/Tetiana Lazarenko for the second time in the tournament – both advanced out of Pool E – Hodel/Reilly kept in touch with the Ukrainians throughout much of both sets. The Ukrainians pulled ahead late in both to clinch bronze. Still, their fourth-place finish made it the first time that two American women’s pairs finished fourth in the same U19 championship.

“I’m proud of their growth throughout this tournament,” Jose Loiola, Hodel/Reilly’s coach, said. “We lost to a tough team, but they gave it their all.”

Two additional teams represented the United States at the U19 World Championships. Dylan Zacca/Adam Hartmann reached the Round of 24, and Gage Basey/Thomas Hurst competed in the qualifier. Kraft credits all of them for helping her and Maple win.

“We couldn’t have done it without our coaches and [team leader] Gabby [Garbato] and all our teammates and staff,” Maple said. “Big thank you to them. We’re just really happy and blessed.”

The Beach U19 National Team will now return stateside, but the U21 squad is in Phuket to compete in the FIVB Beach Volleyball U21 World Championships, which run December 14-19. 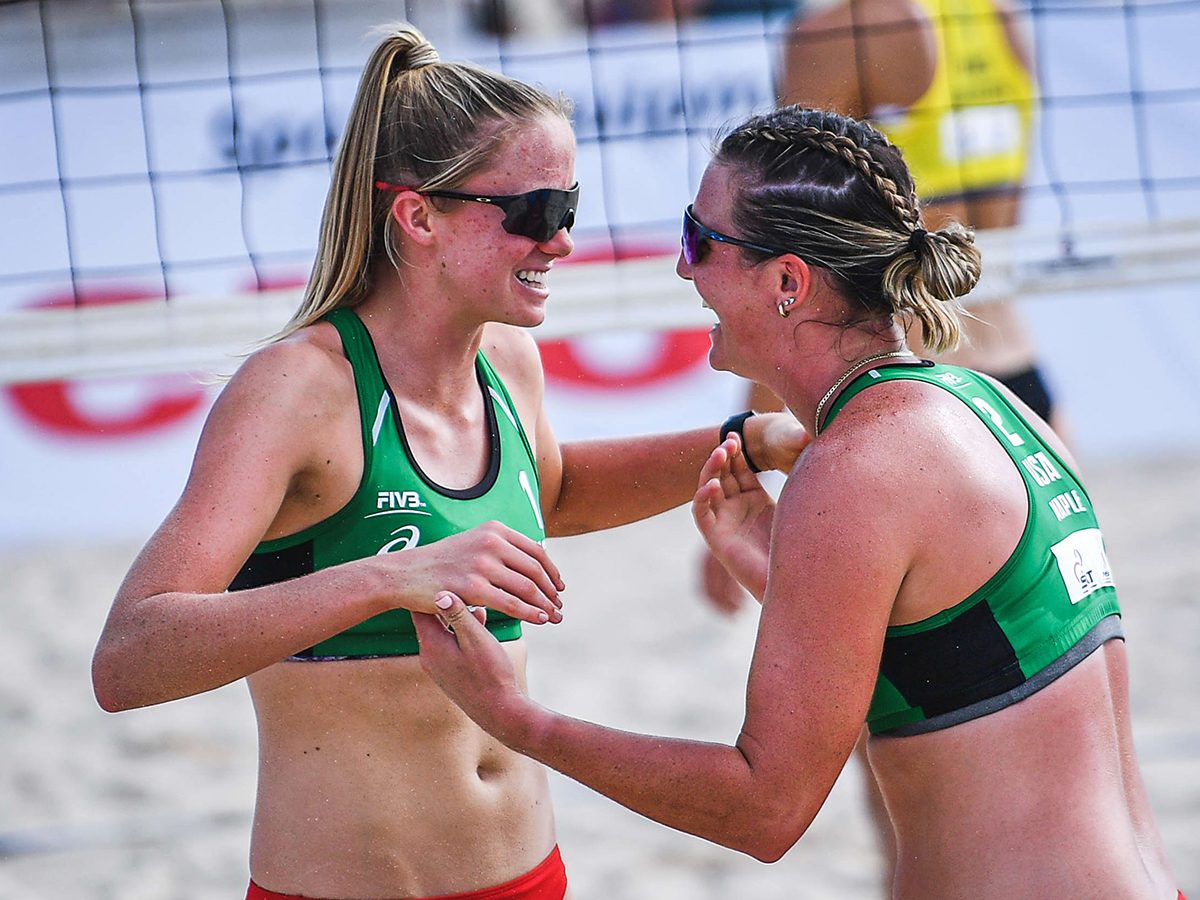 They Said It: Quotes from the Beach U19 National Team