Texas, playing in its seventh NCAA title match, finished 28-1; they previously won the title in 1988 and 2012. Louisville was in its first title match and finished the season 31-3.

Senior outside hitter Logan Eggleston, who has been part of USA Volleyball’s National Team Development Program (NTDP) and trained with the U.S. Women’s National Team coaches in the spring, was named tournament MVP after leading all scorers with 21 points on 19 kills, one block solo and two block assists.

The second set was all Texas. The Longhorns started up 3-0 and never looked back, cruising to a set two win, 25-14.

But Louisville showed its mettle in set three, using a balanced attack to stay in the set. A kill by Cardinal Anna DeBeer (2018 U.S. U20 Women’s National Training Team) gave Louisville two set points at 24-22, but a kill from O’Neal and an attack error by Chaussee evened it at 24. With the serve, Texas won the next two points on a final Eggleston kill and an ace gave Texas the set (26-24) and match.

“I’ve been coaching 22 years at Texas and I think another six or seven years at USC prior to that, and I told my wife today this was the most important match I’ve ever coached in regards to the match I wanted to win the most because of the two women sitting beside me (Eggleston and O’Neal) and also the 16 women that were battling every single day in our gym,” Texas head coach Jerritt Elliott said after the match. “As a coach, when you manage teams, there’s a lot of problems sometimes. And this team, I didn’t have one the entire season. Everybody gave; they were committed to the process.”

“I’m just so grateful to have the opportunity to have a fifth year and come back and get to play with these girls,” Eggleston said. “There’s so many girls on the team that I would never have gotten the chance to be teammates with without this COVID year…it’s a lot more fun to not be crying sad tears at the end of the season. We can actually say we won our last game. It feels amazing.”

“Texas is great. They passed great, the defended great. We really couldn’t do anything to stop them,” said Louisville head coach Dani Busboom Kelly. “Any time we felt  like we got a little momentum, they took it away so quickly. But I’m really proud of this team. Our  senior class … [it’s] unbelievable what they accomplished. It’s tough. It’s tough being in this moment and not taking advantage of it.”

Elliott praised Busboom Kelly for the work she has been doing with her program.

“Congratulations to Louisville,” he said. “An amazing season. It’s really hard when one team has to lose. I’ve been on the other side of that a lot of times. It’s really challenging. We were there two years ago. What Dani’s doing at Louisville is really special. She’s building her own brand. She’s doing it by empowering women, and it’s great where the sport is headed.” 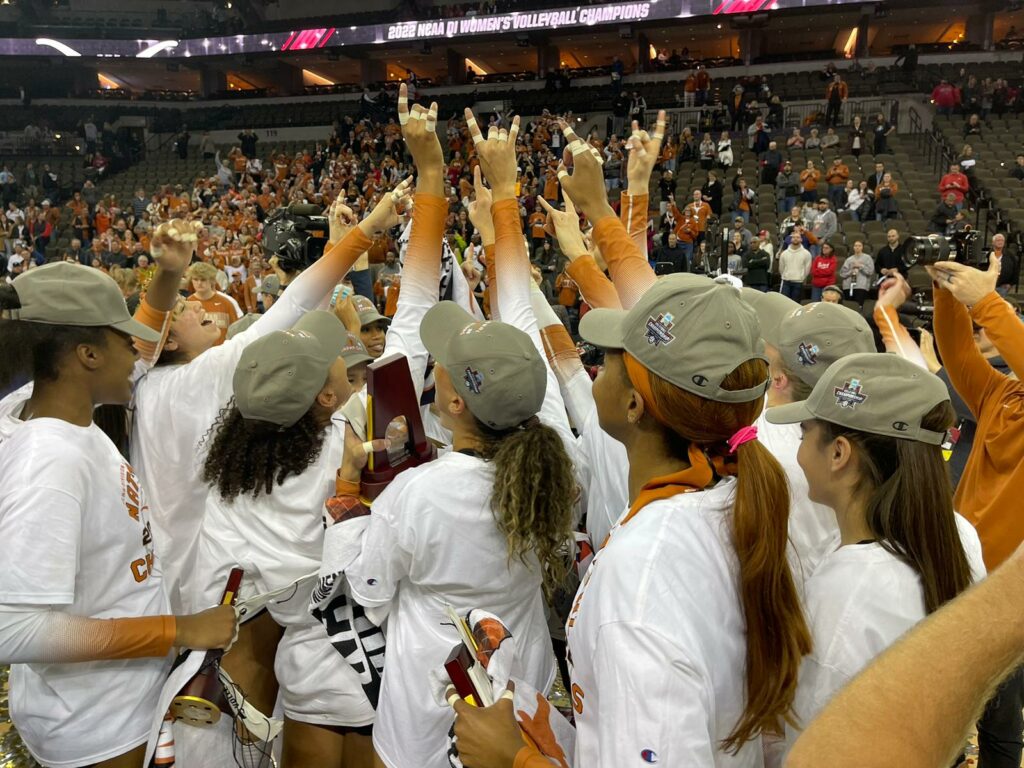 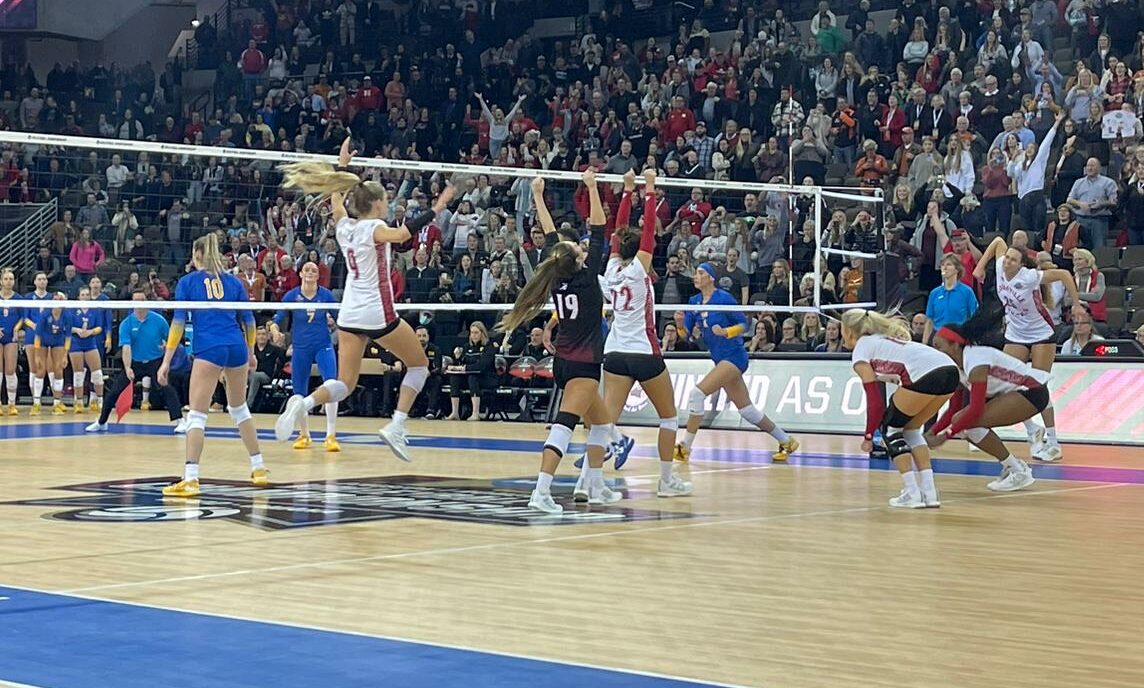 Louisville Earns Its First Trip to the NCAA Title Match 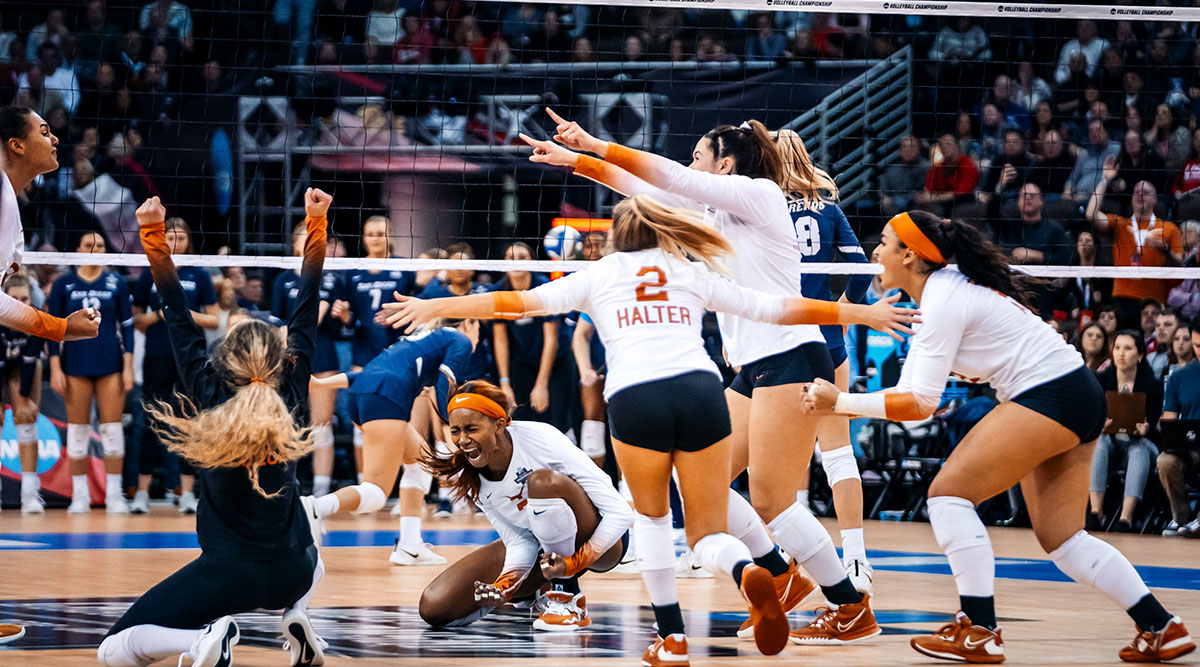 The University of Texas Women’s Volleyball Team will play for its fourth NCAA D1 National Championship after beating the University of San Diego 3-1 (26-28, 16-25, 18-25, 20-25) in Thursday’s semifinal at the CHI Health Center in Omaha, Neb. 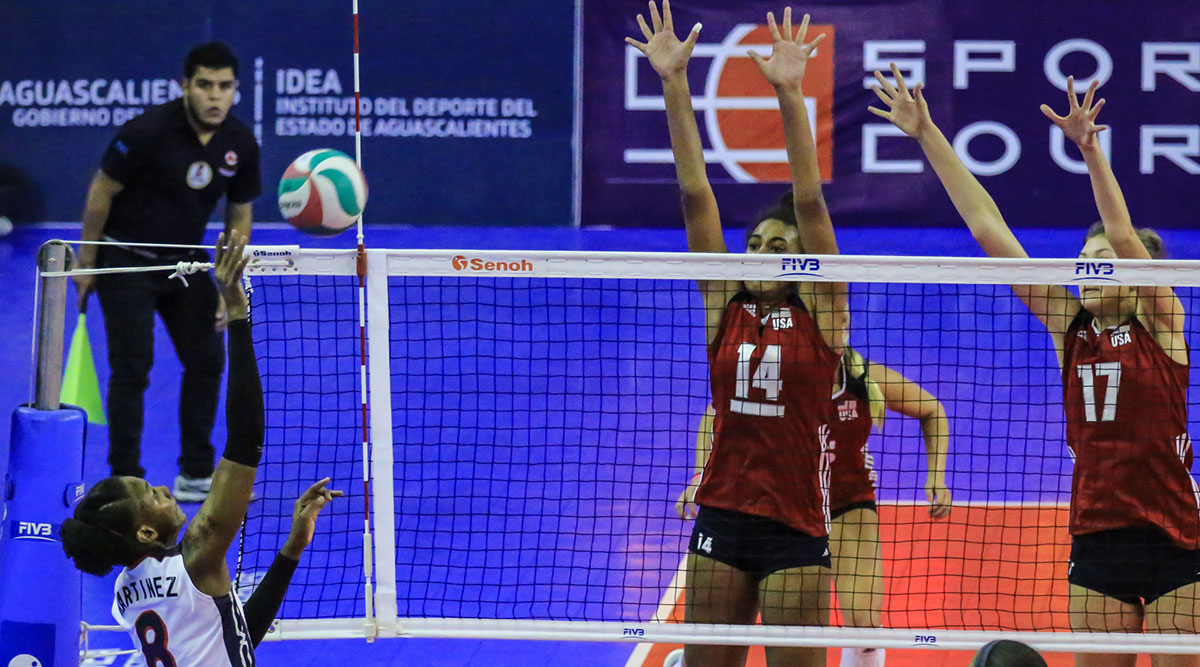