If you’re the parent or caregiver of an athlete, you’ve probably heard it all on the sidelines: cheering, critiquing, armchair quarterbacking, arguing, cursing and muttered insults. While plenty of parents and caregivers are respectful fans, some adults simply don’t behave well in the stands.

Here, TrueSport Expert Amanda Stanec, PhD, the founder and owner of MOVE + LIVE + LEARN, explains how you can observe behavior in the stands and help move it in a more positive direction when it comes to these three common sideline performances.

“Parents should never say a negative comment to anyone participating—their athletes, their athletes’ teammates, or kids on the opposing team,” says Stanec.

Unfortunately, plenty of family members consider shouting out ‘constructive criticism’ as a great way to ‘help’ their athletes. But often, the criticism makes athletes feel self-conscious and more likely to make more mistakes. So not only is it hurtful from an emotional standpoint, it’s also probably costing the team valuable points.

Instead: This is a great chance to show what ‘good’ cheering looks like, and often, other fans will start to see how well it works to motivate the kids on the team.

“Kids love hearing cheers for them and you set a high standard of effort with what you’re saying,” says Stanec. “Comment on heart and hustle versus skill or talent, and you’ll be rewarded with more effort from the athletes. When we put a focus on development and process, that helps put things in perspective for both the athletes and the fans.”

“Fans shouldn’t coach from the sideline: Your job when you’re there as a caregiver is to be a caregiver.”

It can be tempting, even as a parent trying to stay positive, to get negative about a call by a referee or a play that you think the coach bungled. But criticizing the coach—quietly or by shouting—isn’t an appropriate reaction.

“If you’re saying that the coach is wrong, your athlete will internalize that, and it could be harder for them to trust the coach going forward,” says Stanec. “It also dehumanizes coaches and referees when you’re yelling that they made a bad call. It’s not your job to police them.” (However, if you see a coach doing something inappropriate, like bullying his players, then you should intervene by reporting that behavior.)

It should go without saying, but situations where you should speak up come when anyone insults an athlete, coach or referee based on appearance, race, sexuality, nationality, gender, disability or other personal characteristic unrelated to the game being played. And unfortunately, this can happen.

Instead: Speak up and clearly let the parent know that their comments are inappropriate.

“This is really difficult because we’re in such a polarized world right now. But it’s better to be an upstander than a bystander,” says Stanec. “There is a risk that comes with that, but like anything in life, sometimes you do have to take a stand.”

If you’re concerned that the situation may devolve, get a referee or other authority figure involved. Most arenas have rules against any offensive language, and it’s likely that the parent will be removed from the competition.

If you’ve heard any of these comments coming from the sidelines, here are some general best practices for how to handle it.

Stanec explains that as a parent or caregiver, you have three options when you hear another adult saying things you don’t think are appropriate for the situation:

Often, she says, the third option is the best one.

“You never know how another adult is going to react,” she says. “If you confront them in the moment, you risk a situation worsening, and there is always a chance that it could be dangerous for you. However, ignoring bad behavior isn’t ideal either, especially if you’re hearing things that are offensive or hurtful to the young athletes.”

If you’re struggling to have a conversation with other adults, consider asking the coach to address the parents as a whole to offer some recommendations for appropriate ways to engage from the sidelines.

If you observed behavior you thought was harmful and you’re ready to confront the other adult about it, that means you’re going to have what Stanec calls a Courageous Conversation. “For example, at a game where my child was playing, I saw another woman yelling at her fifth grader,” says Stanec. “The mom was being super negative toward her kid, and you could see it affecting the child—her body language made that clear. After the game, I asked the woman if we could have a conversation. I said, ‘You clearly care about your daughter, but if you keep talking to her that way, she’s going to quit this sport within two months. Right now, she is trying so hard, and telling her ‘Nice try’ instead of criticizing her will make a big difference.’

To that woman’s credit, she actually took that advice to heart, and she’s been a lot more positive since then.”

While we’ve been talking about negative comments coming from the sidelines, Stanec wants to remind parents that you also have the ability to leave kids and coaches feeling positive and appreciated.

“When something happens in a game or there is communication that you really appreciate, let the coach know,” she says. “It’s amazing how much a coach appreciates hearing positive feedback.”

This is perhaps the most important reminder, and it can serve as a gentle nudge to remind other parents why they are there.

“Ask yourself, ‘What does it look like to be the parent my kid is proud to point to in the stands?'” recommends Stanec. “That can be such a powerful question and can completely change a parent’s behavior.

It’s difficult to have constructive, courageous conversations with fellow parents and caregivers who are yelling inappropriate things from the sidelines. And confronting other adults in the moment might not be a safe or productive way to handle a situation. In those situations, try to model good behavior, and if you’re comfortable doing so, have a conversation with fellow parents after everyone has calmed down. And of course, be a parent that your athlete can be proud of as you cheer in the stands.

About TrueSport
TrueSport®, a movement powered by the experience and values of the U.S. Anti-Doping Agency, champions the positive values and life lessons learned through youth sport. TrueSport inspires athletes, coaches, parents, and administrators to change the culture of youth sport through active engagement and thoughtful curriculum based on cornerstone lessons of sportsmanship, character-building, and clean and healthy performance, while also creating leaders across communities through sport. 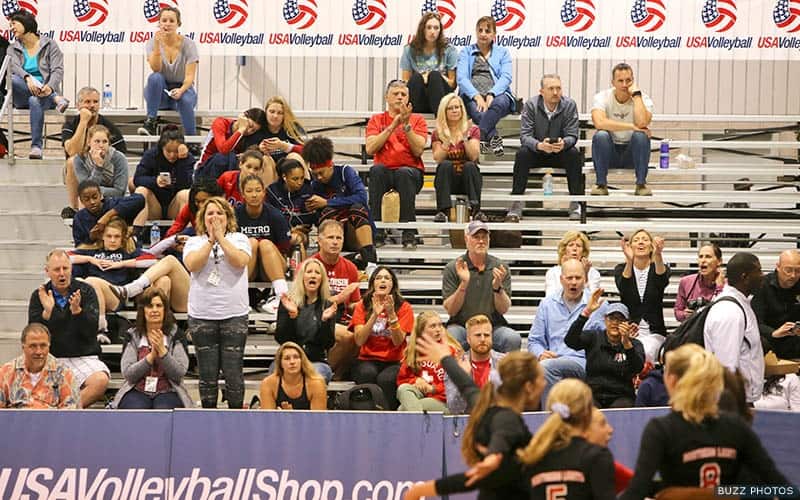 Helping Create Sportsmanship in the Stands

Club directors and coaches often have to deal with bad behavior in the stands. You can help defuse that behavior by sharing these tips with club parents. 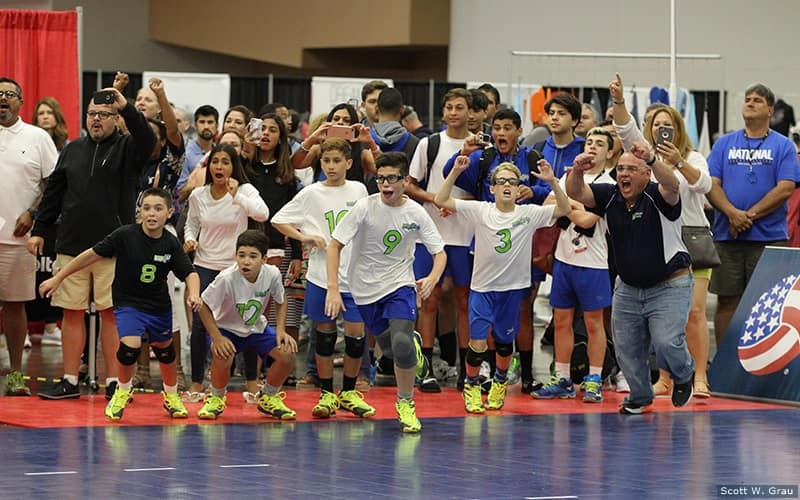 Boost Sportsmanship With These Pregame Activities

There is no better time to set the tone for good sportsmanship than in the minutes before first serve. 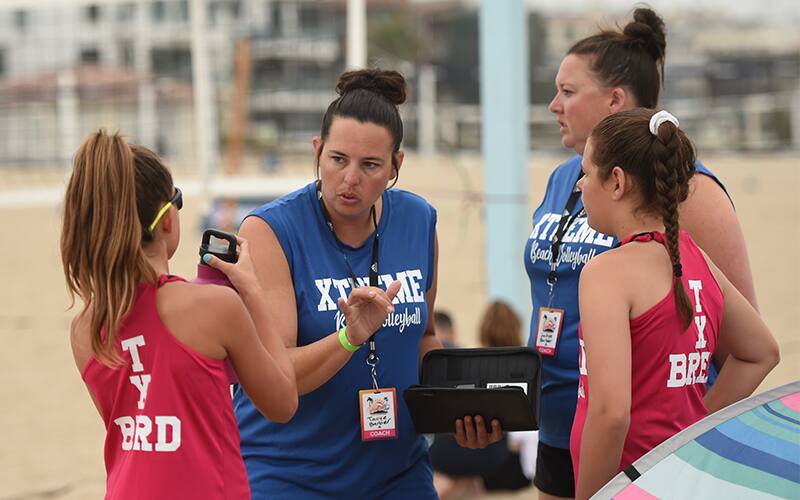 How to Persevere as a Team

While individual athletes might know how to persevere while pursuing their goals, it can be tough for a coach to bring those lessons to a whole team.