Valenzi/Merk finished the tournament with a 7-0 record. The pair finished tied for ninth at the 2021 Men’s Beach Collegiate Challenge.

“It’s a great feeling to get the win this year after going out in the round of 16 last year,” Merk said. “We learned from it and adapted… This event is proof that men’s beach is growing and schools should start to recognize that.”

Now in its second year, the Men’s Beach Collegiate Challenge lets athletes represent their schools as the sport continues to grow throughout the country. Members of the NTDP Beach Scouting Network will evaluate participating athletes for an opportunity to be invited to future National Team Development Program (NTDP) events. 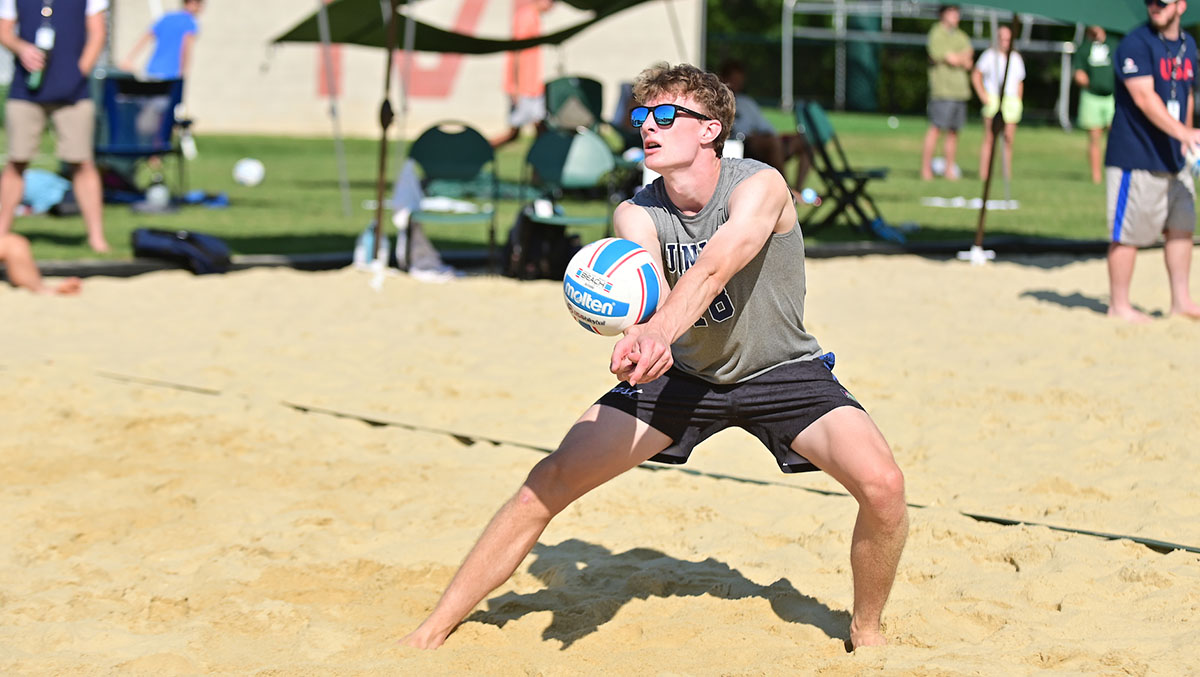