Head coach Remi Pourrat said five team members returned from last year’s squad that was unable to compete due to the pandemic. He said he’s grateful for what they shared together.

“We had a chance to finish our story, which was very cool,” he said.

Rockstar almost had a second title in 12 Club, but Midwest Elite VBC 12U (St. Louis, Mo./Gateway) had something to say about that. Avenging an earlier tournament loss to Rockstar 12, Midwest Elite captured the title by defeating the Long Beach club, 25-20, 25-16, in the final.

“We’re just a small club; these kids play other sports,” head coach Doug Zippay said. “We have one kid who never played before and seeing the joy on their faces was better than anything. It was an incredible year.”

BJNC concludes July 7 with the finals in the 17 and 18 divisions. 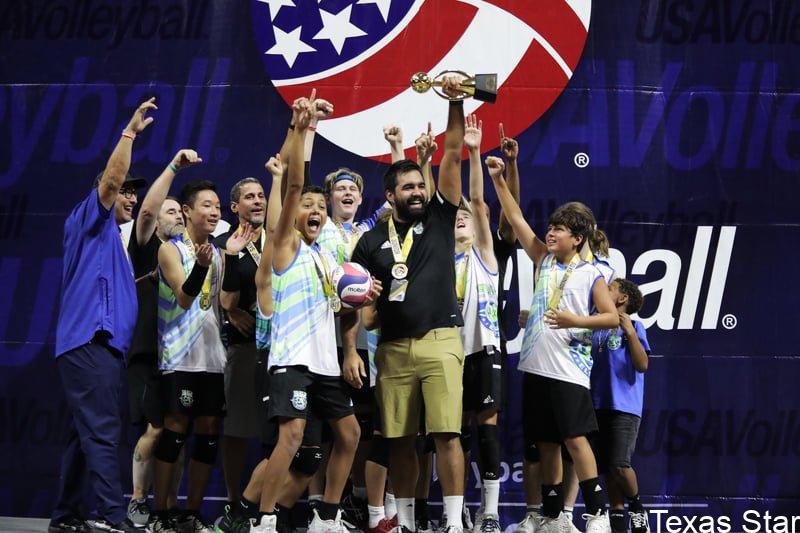 Eight winners were crowned July 3 on the first medal day at the 2021 USA Volleyball Boys Junior National Championship. More than 560 teams are competing at the event in Kansas City.