Klineman/Ross Grind Out Ticket to Semifinals

TOKYO (August 3, 2021) – Every playoff match in the Olympic Games is a grind, so Alix Klineman and April Ross ground out a quarterfinal win against Margareta Kozuch/Laura Ludwig of Germany 2-0 (21-19, 21-19) on Tuesday at Shiokaze Park.

“The field is so strong and there’s been a lot of upsets,” Ross said. “We go into every match ready to battle. You have to earn it every step of the way. You have to fight really, really hard. To be in the semis is amazing.”

Ross, a two-time Olympic medalist, is familiar with the semifinal round. She and then-partner Jennifer Kessy won a London 2012 semifinal en route to a silver medal. In Rio 2016, she and Kerri Walsh Jennings lost in the semis and took bronze.

Ludwig also has had Olympic success, having won gold in Rio with former partner Kira Walkenhorst. 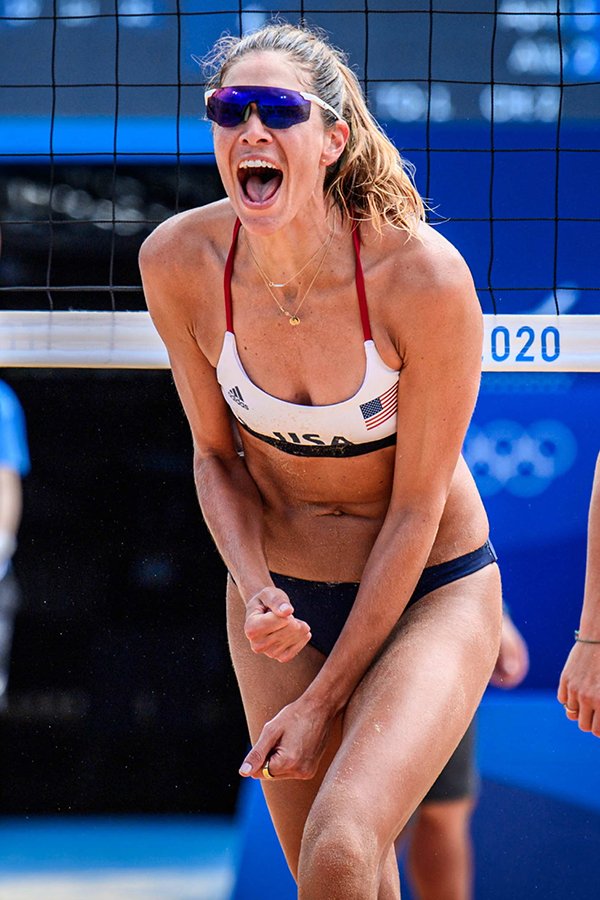 On Tuesday, the U.S. team led every stat category against Ludwig/Kozuch, scoring four more attack points (27-23), two more block points and aces (3-1 each) and tallying more digs (10-6). Ross scored 25 points herself, 22 in the attack and three from the service line.

Both sets were close: the first saw a tie at 19-19, and neither team ever led by more than two points in the second. Klineman/Ross actually trailed at 17-18 in the first set, but Ross finished a pokie to tie it at 18. A German attack missed the mark, giving the U.S. a lead, but Kozuch tied the frame at 19-19 with an attack point. The U.S. regained the lead on an errant serve, and Ross fired an attack down to end the set.

The second was just as close, seeing 12 tie scores. Klineman/Ross took a permanent lead at 17-16 when Klineman found the line with an attack. Ross then put the U.S. up by two with a point at 18-16. A few sideouts later, she hit off the block and out the back to send the U.S. into the semifinals.

“That’s a super strong German team and we have so much respect for them,” Ross said. “It was just trusting in our abilities as a team and what we do. We did a lot of preparation and stuck with what we wanted to do.”

Thursday’s semifinal will be the first matchup between Klineman/Ross and Verge-Depre/Heidrich since 2018. The two were slated to play in the Ostrava Four-star stop on the FIVB World Tour in June, but Klineman/Ross pulled out of the tournament before the match began.