Day/April and Kolinske/Hughes, meanwhile, both won their lone matches of the day. Day/April rallied to beat Nina Brunner/Tanja Huberli of Switzerland, 2-1, while Hughes/Kolinske swept fellow Americans Terese Cannon/Sarah Sponcil. All four teams are in pool B and will end the round robin with two matches Friday.

“We train with all the USA teams, so we know each other pretty well,” Kolinske said about the three-U.S. team pool. “It is interesting flying all over the world and playing teams that are right in our backyard, but whoever we match up against, we’re in it to win it. It doesn’t matter who it is.”

In the men’s pool B, Bourne/Crabb sit at 1-1 after a pair of matches Thursday. They opened play with a loss to reigning Olympic gold medalists Anders Mol/Christian Sorum of Norway but bounced back for a two-set win against Samuele Cottafava/Paolo Nicolai of Italy.

The Rosarito Elite 16 is the first Elite 16 tournament of the inaugural Volleyball World Beach Pro Tour. The top 12 teams in the world of each gender earned berths directly to the main draw, while teams 13-28 competed for four main draw berths. Both Kolinske/Hughes and Schalk/Brunner successfully advanced through March 23’s qualifier. 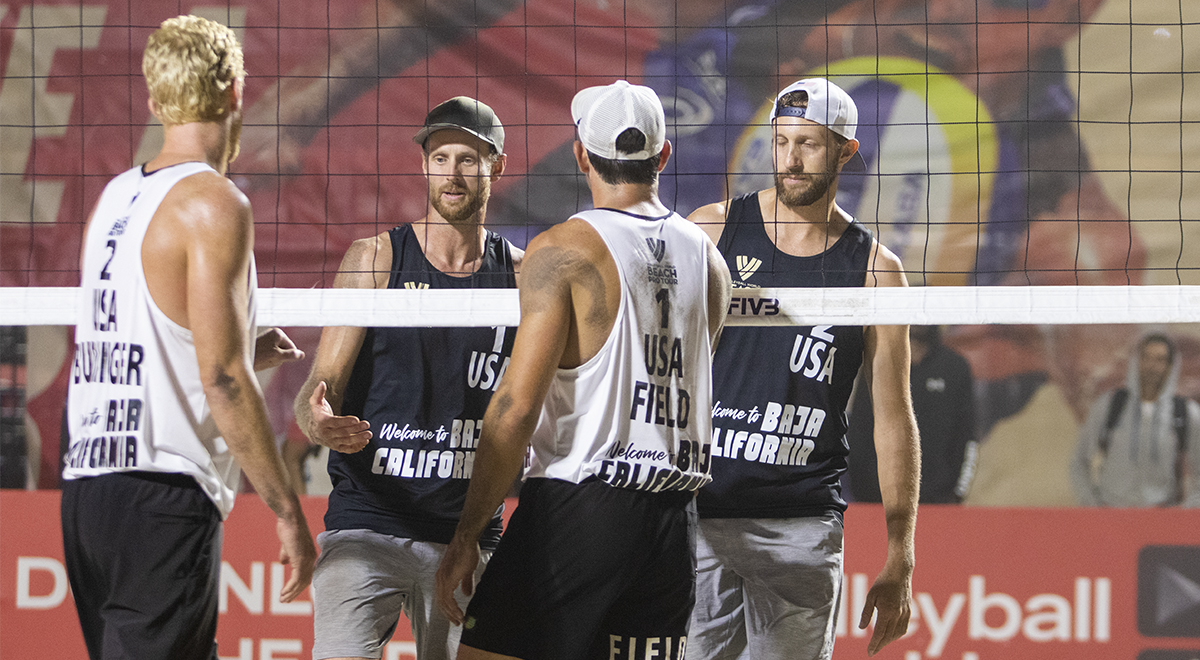 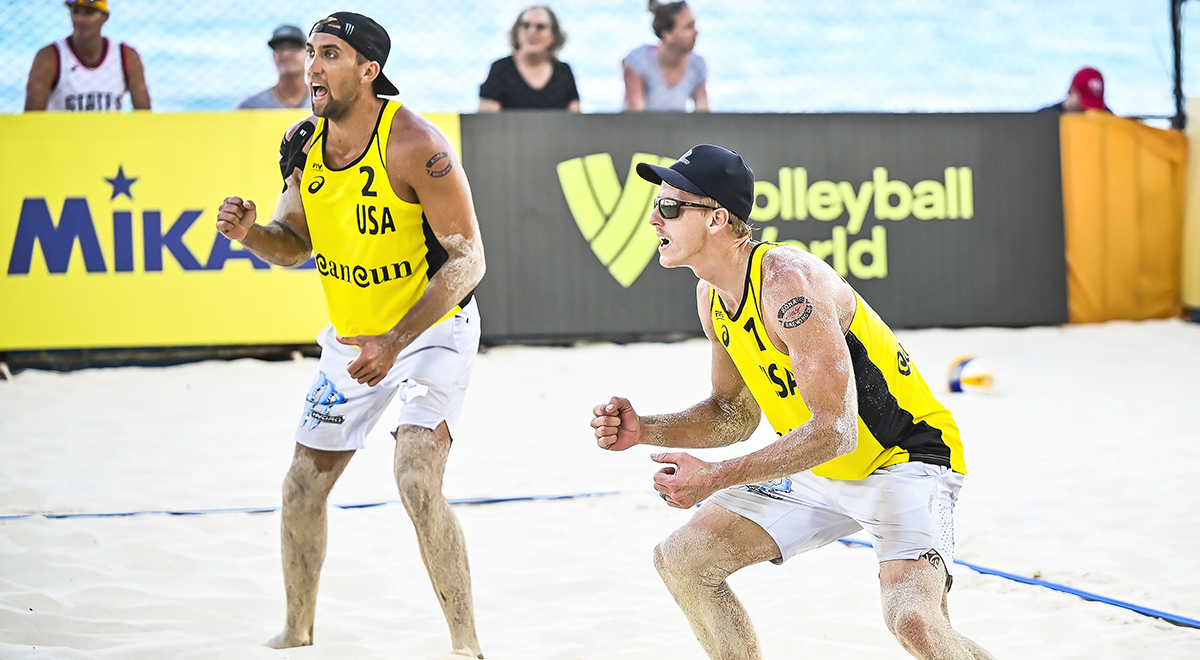