The U.S. Men will play their second match of the three-game series against Brazil at noon PDT on Saturday in a rematch of the 2019 VNL semifinals.

Long Beach State alums T.J. DeFalco and Kyle Ensing, who both played in the 2018 VNL, but did not in 2019, combined for 26 of the United States’ points.

At outside hitter, DeFalco led all scorers with 15 points on a match-high 13 kills, one block and one ace. At opposite, Ensing added 11 points on 11 kills.

“I am super proud of the way we came into the game,” Christenson said. “It was a pleasant surprise to win this game 3-0 against Canada. I’m very excited about how we performed, and we hope to get better for another week or rather a month.”

The U.S. Men had to come back from 16-20 in the second set. But did not struggle in sets one and three.

“It’s so nice to put on the National Team jersey,” Christenson said. “To play with your teammates from your home country is something very special. To do it in an environment like this one, run so smoothly, it’s like a blessing to be back.”

U.S. Head Coach John Speraw started Christenson at setter, Hold and Averill at middle blocker, DeFalco and Muagututia at outside hitter, Ensing at opposite and Shoji at libero. There were no substitutions.

The first set stayed relatively close until the U.S. led 13-11. Averill scored with a kill, followed by a kill and ace from Ensing and a Canada error to put the U.S. ahead 17-11 and Canada never recovered.

Canada jumped out to an 8-3 lead in the second set and built it to 20-16. With Canada still leading 22-19, the U.S. scored on a kill and ace from Holt and a kill by Muagututia to tie at 22. Canada reached set point first at 24-23, but Averill connected with a kill and Christenson followed with a dump to give the U.S. the set win.

The third set was tied at 11-11 when the U.S. scored on Canada’s error followed by an Ensing block and Christenson ace to give it a lead it never relinquished.

The VNL will be broadcast in the United States on the FIVB’s streaming service Volleyball World TV. 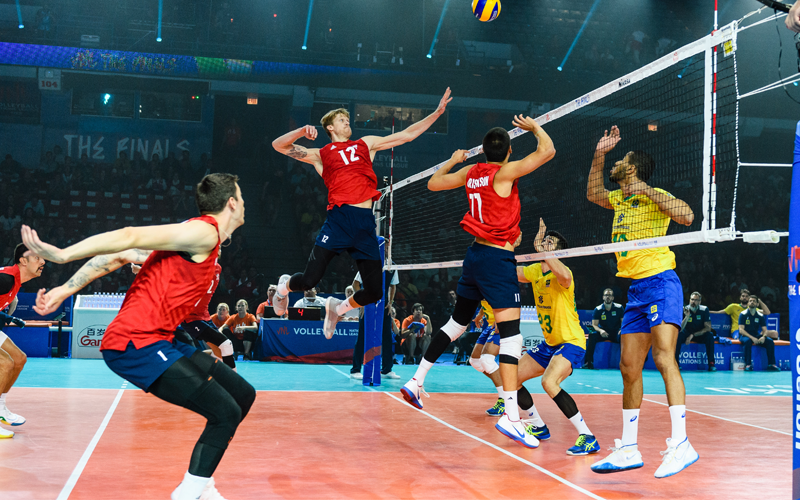 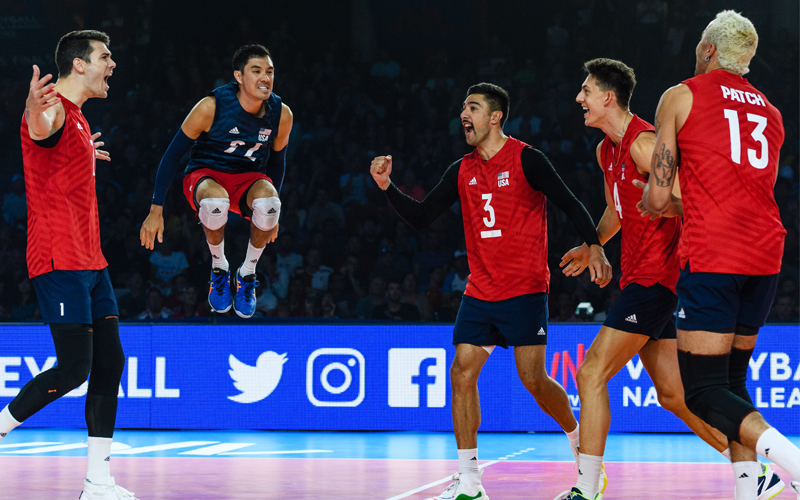 The U.S. Men's National Team coaching staff named the 19 players on the long-list for the 2021 Volleyball Nations League tournament on May 28 - June 27 in Rimini, Italy.